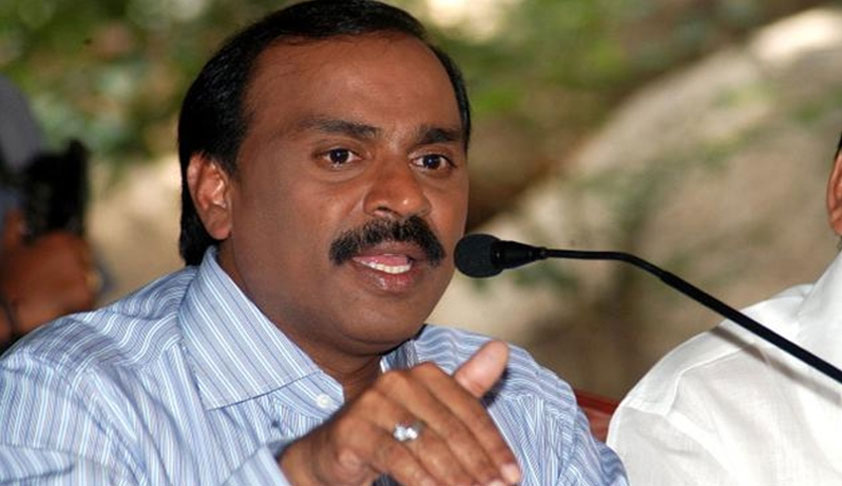 The Supreme Court on Thursday allowed former Karnataka minister and mining baron Gali Janardhana Reddy to visit Bellary for two days in order to attend the last rites ceremony of mother of his close associate.

A bench of Justices Ashok Bhushan, BR Gavai & Krishna Murari the mining baron to visit Bellary for two days under police protection, adding that he shall not not try to influence any witness, when he visits District Bellary.

On May 4, the top court had disallowed Karnataka mining baron Gali Janardhana Reddy to visit Bellary and campaign for his brother Somasekhara Reddy, a BJP candidate in the constituency and vote in the May 12 election.

Janardhana Reddy, an accused in the illegal mining case is out on bail & one of his bail conditions is that he will not be able to visit Bellary without the court's permission.

"We find no merit. The petition is dismissed", a bench of justices A K Sikri and Ashok Bhushan said while rejecting Janardhana Reddy's plea for modification of the order and grant him permission to stay in Bellary for ten days and also caste vote in the elections.

"There is no need for him to campaign in the elections," said the bench while reiterating his bail conditions.

An accused in an illegal mining case, Janaradhana Reddy was arrested under illegal mining charges twice over – once in 2011 and then again in 2015. He was granted bail by the Supreme Court in 2015.