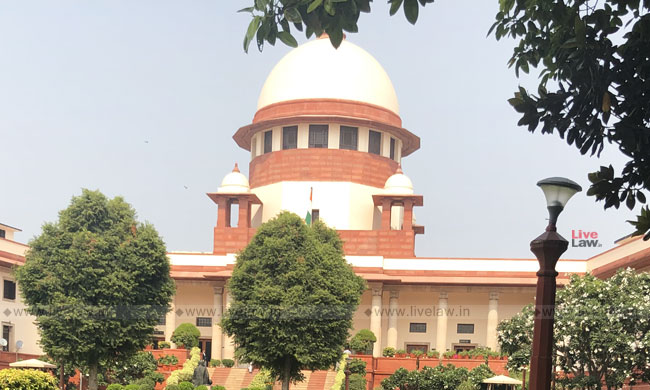 The Supreme Court on Friday permitted Vyapam scam accused, Sanket Vaidya, to travel abroad for further studies, on the condition that he furnishes a fixed deposit of Rs 1.26 crore with the trial court and a surety from his father that he will appear for hearings.

"It is true that the petitioner is accused of serious offence but at the same time we have to keep in mind that he is a young person and wants to pursue his studies abroad," the bench of Justice Deepak Gupta and Justice Surya Kant said.

He was also asked to file an affidavit with the trial court, stating that he will appear for the investigation, as and when required.

In 2013, an FIR was lodged in Bhopal alleging that M.P. Professional Examination Board, known as Vyapam had indulged in interpolation in the OMR answer sheets of certain candidates, at the time of scanning, so as to facilitate their admission to MBBS course. Vaidya is one of the accused, in the case for tampering with OMR sheets, and has been chargesheeted for forgery and under IT Act.

While granting him permission to Melbourne, Australia for a period of two years to pursue Masters in Biotechnology, the court found merit in CBI's contention that,

The court said that his presence for the investigation could be ensured by passing suitable directions. Accordingly it directed,

"the petitioner shall only be permitted to go abroad in case the father, secures the attendance of the petitioner by furnishing security of all the immovable properties mentioned herein above and also deposit the Fixed Deposit Receipts for Rs.1,26,94,953/- with the Trial Court."

The court also cautioned that in case Vaidya failed to appear for the investigation, the fixed deposit shall be forfeited forthwith.

The court had asked the father of the accused to place on record the list of properties owned by him so that sufficient security could be obtained before permitting him to travel abroad. Accordingly, his father had filed an affidavit disclosing their movable and immovable assets, based on which the order was passed.

The court also requested the CBI, not to call him more than once in four months.

"since he is studying abroad, we request the CBI try to call him not more than once in four months and whatever investigation has to be done should be done in one go in three-four days instead of calling him time and again. The petitioner must ensure his presence on the time when his appearance is required for investigation. The petitioner shall file an affidavit to this effect before the Trial Court within two weeks."