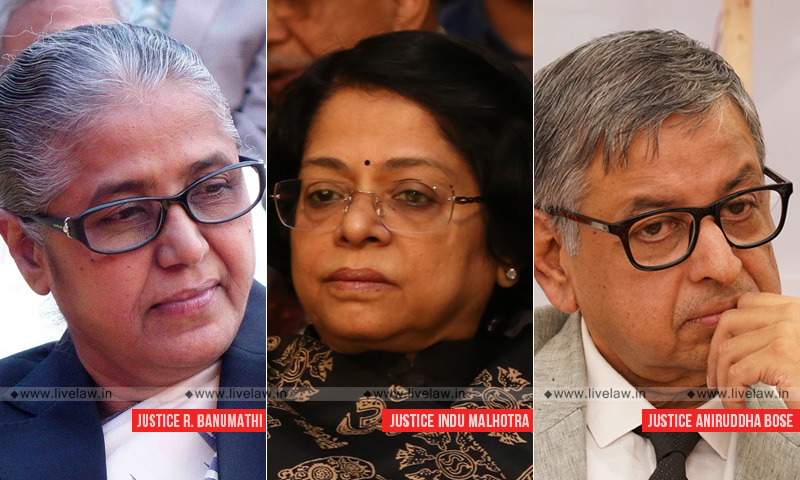 The Supreme Court on Tuesday permitted a woman, bearing 25 weeks old twin pregnancy, to undergo procedure for foetal reduction, on the grounds of "serious foetal abnormalities". The bench of Justices R. Banumathi, Indu Malhotra and Aniruddha Bose allowed the special leave petition, preferred against the order of the Bombay High Court, whereby the Petitioner was...

The Supreme Court on Tuesday permitted a woman, bearing 25 weeks old twin pregnancy, to undergo procedure for foetal reduction, on the grounds of "serious foetal abnormalities".

The bench of Justices R. Banumathi, Indu Malhotra and Aniruddha Bose allowed the special leave petition, preferred against the order of the Bombay High Court, whereby the Petitioner was denied relief.

Termination of pregnancy on the ground of "physical or mental abnormalities" of the unborn child is permitted under Section 3(2)(ii) of the Medical Termination Of Pregnancy Act, 1971.

The provision states that a pregnancy may be terminated by a registered medical practitioner where the length of the pregnancy exceeds twelve weeks but does not exceed twenty weeks, if not less than two registered medical practitioners are of opinion, formed in good faith, that there is a substantial risk that if the child were born, it would suffer from such physical or mental abnormalities as to be seriously handicapped.

In the present case, the woman was 25 weeks pregnant, i.e. beyond the threshold provided under the Act. She had therefore the approached the Court seeking permission to terminate the pregnancy.

The Bombay High Court had had declined to grant permission for foetal reduction while stating that (i) it may not be safe for the mother, and (ii) foetal reduction of one foetus, may affect the other normal foetus.

In appeal, the Supreme Court re-constituted the Medical Board, with the addition of a Member qualified in foetal medicine, to re-consider and render its medical opinion the grounds stated by the High Court.

As per this Board, the foetus suffered from incurable "chromosomal abnormality" and the same is classified in the list of "substantial and serious abnormalities" by the Union Ministry of Health and Family Welfare in its "Guidance Note for Medical Boards for Terminal of Pregnancy beyond 20 weeks Gestation".

The Board further determined that termination of abnormal foetus carries negligible risks to the mother "and is proven extremely safe and large seriies with no maternal deaths". The Board further apprised the court that there is no direct risk of the procedure to the normal twin.

In view of conclusion of the Medical Board, the Supreme Court set aside the impugned order of the High Court and permitted the Petitioner to undergo foetal reduction as per the procedure stated by the Medical Board, after submitting her and her husband's individual consent for the same.

Bill To Increase Upper Age Limit For Termination Of Pregnancy

It is worthwhile to note that the Medical Termination of Pregnancy (Amendment) Bill, 2020, which was passed by the Lok Sabha on March 17, 2020, permits aborting pregnancies at gestational age beyond the present permissible limit of 20 weeks, on the grounds of foetal abnormalities or pregnancies due to sexual violence faced by women.

The Bill proposes to amend Section 3 of the Medical Termination of Pregnancy Act, 1971, to extend the upper limit for medical termination of pregnancy to 24 weeks, from the present stipulation of 20 weeks.

In July 2016, Supreme Court had allowed a 26-year-old alleged rape victim to abort a 24-week old foetus with severe abnormalities (despite a ban on medical termination of pregnancy beyond 20 weeks) as a medical board ordered by it declared that there was a danger to the mother's life. The lead has thereafter been followed by several High Courts.