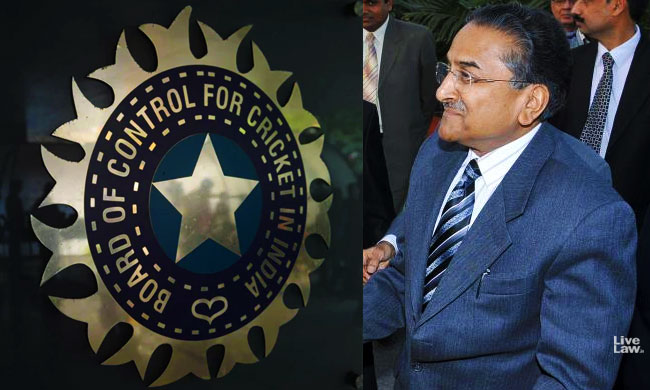 The Supreme Court today appointed former apex court judge Justice D K Jain as the first court-appointed ombudsman for the BCCI under the terms of newly approved constitution of the cash rich cricket board. The apex court, while dealing with the issue related to "importance and urgency" in appointing an ombudsman, expressed its happiness that all the parties before it have agreed on the name...

The Supreme Court today appointed former apex court judge Justice D K Jain as the first court-appointed ombudsman for the BCCI under the terms of newly approved constitution of the cash rich cricket board.

The apex court, while dealing with the issue related to "importance and urgency" in appointing an ombudsman, expressed its happiness that all the parties before it have agreed on the name of Justice (retd) Jain.

"We are happy to note that by consent, the parties have suggested and have agreed on the name of Justice D K Jain, a former judge of this court, as an ombudsman," a bench of Justices S A Bobde and A M Sapre said. "We, accordingly, appoint Justice (retd) D K Jain as the first ombudsman under article 40, chapter nine of the constitution of BCCI framed by this court under order dated August 9, 2018," the bench said.

It said senior advocate P S Narasimha, assisting the court as an amicus curiae in BCCI matter, would speak to Justice Jain about his appointment as an ombudsman and inform the apex court as to when he will assume the charge.

The ombudsman will have to hold hearings at the Board of Control for Cricket in India (BCCI) headquarters in Mumbai. The apex court appointed Committee of Administrators (CoA), in its 10th status report to the Supreme Court, which has been monitoring the administrative issues of the cricket body, had said that there was a need for appointment of an ombudsman and an ethics officer at the earliest in BCCI.

In the report, CoA explained why the two appointments need to be made before fresh elections are held. "The newly registered constitution of BCCI requires the appointment of an Ombudsman at the Annual General Meeting for the purpose of providing an independent dispute resolution mechanism...," the COA report had said.

The bench was told that the ombudsman must be a retired apex court judge or a chief justice of a high court and must be given a one-year tenure, subject to a maximum of three terms.

Before the new constitution came into effect, former chief justice of Delhi High Court, Justice A P Shah, was appointed as the BCCI ombudsman in November 2015 but he could not complete his tenure.

When the issue of ombudsman came up Thursday, Justice Jain emerged as the first choice among the six former apex court judges whose names were placed before a bench in an envelope. When the bench said that "Justice Jain is a good name" in the list, all the advocates appearing for various parties accepted the suggestion.

The names of probable ombudsmen were provided to the bench by Narasimha. The bench was told the role of the ombudsman would be to resolve the disputes relating to the players within the state cricket associations as also financial issues.

During the hearing, Narasimha told the bench that had there been an ombudsman, the recent controversy involving two players Hardik Pandya and K L Rahul would have been resolved on urgent and priority basis.

Article 40, chapter nine of the BCCI constitution deals with the issue of appointment of ombudsman for the purpose of providing an independent dispute resolution mechanism.

The types of disputes that come under the ambit of ombudsman pertain to members, associations and IPL franchisee.

At the outset, Narasimha said issue related to appointment of ombudsman was necessary and the CoA has also made a request in this regard.

"First tell us, what is the urgency to have an ombudsman?," the bench asked the amicus.

The amicus told the court that since new constitution of the BCCI has been approved, several disputes have arisen.

"Does it impact the game of cricket?," the bench asked.

To this, Narasimha said, "No. But the ombudsman can settle many disputes".

It was at this stage that the senior advocate drew the attention of the bench that if an ombudsman was there in BCCI, the issue related to Indian players K L Rahul and Hardik Pandya could have gone to him. Narasimha, who is also an Additional Solicitor General, said the "Supreme Court should appoint an ombudsman".

The bench then asked all the parties, "Does anybody have objection if the court appoints ombudsman?" and further sought to know whether it will have any administrative or financial ramification.

Narasimha said, "except for payment to the ombudsman, there will no ramification". Senior advocate Parag Tripathi, appearing for the CoA, told the court that the issue of ombudsman, enshrined in the new constitution, have already been approved by the apex court last year.

Other court-entrusted assignments of Justice Jain

Justice Jain is also supervising the resolution process of the debt-ridden companies of Infrastructure Leasing and Financial Services(IL&FS).  The Central Government, which has taken over the management of IL&FS, had requested Justice Jain to supervise the process. With him expressing consent to take up the assignment, the NCLAT ordered on February 11 that the insolvency process should be carried out under his supervision.