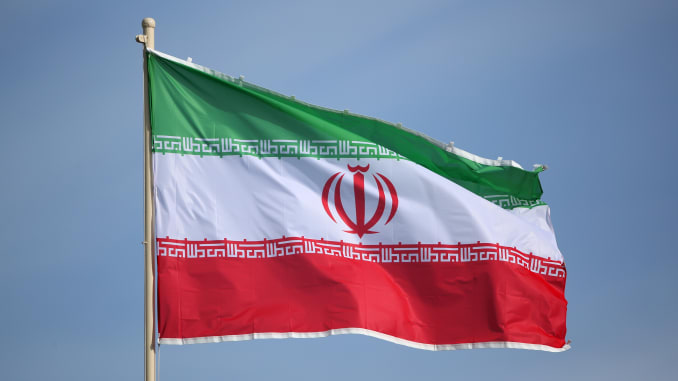 The Supreme Court on Friday took up for hearing a petition filed by the Consulate General of Islamic Republic of Iran qua ill treatment of inmates Mosavi Masood and Mohammad Zaffrani convicted in a Narcotic Drugs and Psychotropic Substances (NDPS) Act case.

A bench of Chief Justice SA Bobde, Justices A.S. Bopanna & Hrishikesh Roy disposed off the petition granting liberty to the petitioner to approach the Madras High Court instead.

The plea was filed through Advocate on Record Rajiv Raheja highlighting the alleged atrocities inflicted upon the Iranian Nationals who are currently lodged in Puzhal central Jail at Chennai at the hands of its Prison Superintendent.

In this backdrop, the plea contended that the other local prisoners who are also lodged at Puzhal Central Jail are allegedly under the influence of the Superintendent and have been inflicting atrocities upon Mosavi & Zaffrani, who are "fearing for their lives".

"The present writ petition is being filed under Article 32 of the Constitution of India by the Islamic Republic of Iran as a parens patriae to rescue and protect its citizens Mosoud Mosavi & Mahmood Zafrany from a dead superintendent named Mr. Senthil Kumar who is considered as a hit-man of the jail superintendent in Tamil Nadu. And it is reliably learnt that the casualities occasioned by him upon the jail inmates in jail-style atrocious treatments are innumerable" - Excerpt of Plea

The prayer sought in plea was to produce both the Iranian inmates in person as well as provide necessary amenities to them as per the "Nelson Mandela Rules" which are the United Nations Standard Minimum Rules for the Treatment of Prisoners.

United Nations Standard Minimum Rules for the Treatment of Prisoner (Nelson Mandela Rules) 2015 calls upon governments to ensure that "the prison regime should seek to minimize any differences between prison life and life at liberty that tend to lessen the responsibility of the prisoners or the respect due to their dignity as human beings."

Additionally, the plea also sought judicial inquiry on the Prison Superintendent (along with his suspension until completion of inquiry) as well as a compensation amounting to Rupees One Crore each for Masood and Zaffrani.

"It has been averred that the "embassy is duty bound to protect their subjects rights to life and liberty from any undue punishments or illegal treatments which are not provided by the law of the land. The conviction judgement passed by the court of competent jurisdiction did not warrant or provided for such treatments..... Being left with no other immediate remedy and after trying everything possible and failing relief even at the hands of the executive as high as the Hon'ble chief minister of tamil nadu, the embassy is approaching this Hon'ble court with a paramount hope...." - Plea

The two Iranian nationals, arrested by the Narcotics Control Bureau (NCB) in Sivaganga district (TN) for manufacturing methamphetamine were arrested in March 2013.

On March 9, 2018, an NDPS Special Court had convicted the two inmates along with three others accused in the case, sentencing them to 20 years of rigorous imprisonment.

According to a report, in December 2018, Iranian Consul General to India Mohammad Haghbin Ghomi had met Chief Minister Edappadi K. Palaniswami and conveyed the grievances of the two Iranian convicts. The diplomat had alleged that the prisoners were denied  facilities and not even allowed to purchase food of their choice at the jail canteen.