'Your State Is Known For Not Following Orders' : SC Asks Kerala Govt To Execute Demolition Order Against Maradu Flats By Sep 20 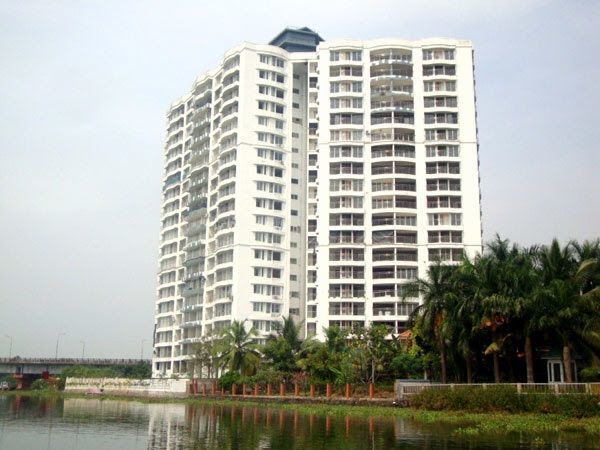 Expressing dissatisfaction with the non-compliance of the demolition order passed against flats in Maradu, Kochi for CRZ violation, the Supreme Court on Friday called upon the Kerala Government to carry out the directions by September 20.If compliance report is not filed by that date, the Chief Secretary to the Government will have to personally appear before the Court on September 23, warned...

Expressing dissatisfaction with the non-compliance of the demolition order passed against flats in Maradu, Kochi for CRZ violation, the Supreme Court on Friday called upon the Kerala Government to carry out the directions by September 20.

If compliance report is not filed by that date, the Chief Secretary to the Government will have to personally appear before the Court on September 23, warned the bench of Justice Arun Mishra and M R Shah.

The bench was vocal about its unhappiness over the Kerala Government not executing the direction passed on May 8 for demolition of five apartment complexes in Maradu.

"Your state is known for not following the orders of this Court. We know what you are doing. We want to set a precedent now", orally observed Justice Arun Mishra, who headed the bench.

The bench then proceeded to issue a direction to file compliance report by September 20, failing which the Chief Secretary will have to appear before Court on September 23.

The order was passed in a suo moto proceedings opened by the Court after noting that no compliance report has been filed within the one month period given by the May 8 judgment.

On July 11, the Supreme Court had dismissed the review petitions filed by builders against the May 8 judgment of the Court directing the demolition of five apartment complexes in Maradu, Kochi, for violations of Coastal Regulation Zone notification.

Earlier, the Court had dismissed the writ petitions filed by residents against the demolition order, after taking strong exception to a vacation bench granting interim stay of the demolition.

The residents had approached the Court complaining that the demolition order was passed behind their back without hearing them.

The demolition order was passed on May 8 by a bench consisting of Justices Arun Mishra and Navin Sinha based on the report of a three-member committee appointed by the Court which stated that when the constructions were made, the area was designated as CRZ-III, where such constructions are prohibited. The Court also noted that Panchayat had granted the building permits without the concurrence of the Coastal Zone Management Authority, which was mandatory.

The builders of the apartments - Alpha Ventures Pvt Ltd, Holy Faith Builders and Developers Ltd, Jain Housing and Construction, K V Jose - had filed review petitions against the judgment stating that the Court was misled by the Kerala Coastal Zone Management Authority (KCZMA) into concluding that the constructions were made in violation of Coastal Regulation Zone notification. According to the builders, the KCZMA was aware that the constructions are legal now, as the area is categorized as CRZ-II (where such constructions are permissible) in the Coastal Zone Management Plan prepared as per the 2011 CRZ notification. Though this plan was approved by the Union Ministry of Environment and Forests in February 2019, this was not brought to the notice of the Court by KCZMA "for reasons best known to it", the review petitions stated.

But these arguments failed to persuade the Court to review the judgment.