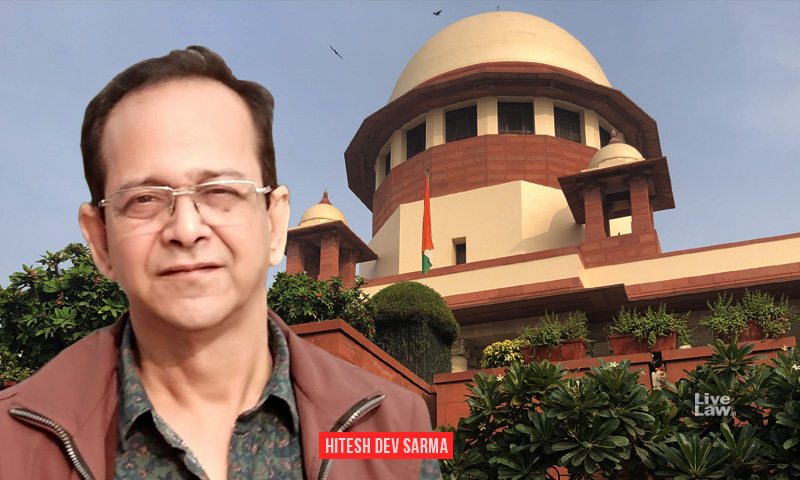 The Supreme Court bench headed by Chief Justice S. A. Bobde on Monday required recently-appointed Assam NRC coordinator Hitesh Dev Sarma to explain the comments posted by him on his Facebook page prior to his appointment.

Sarma's views regarding "East Pakistani Muslims" residing in the state have been widely criticised as being indicative of his approach towards the already-controversial NRC exercise.

His comments on social media that have been the subject of contention have ranged from "I like Arnab Goswami's logic. We cannot accept a foreigner as Indian even if he speaks Assamese", to proclaiming that there are "lakhs and lakhs of Bangladeshis in the NRC", to announcing that "Minority appeasement policy for the last seven decades has changed the definition of secularism."

Even though the bench had refrained from revealing the reasons for the transfer, the apparent danger to Hajela's life after the publication of the final NRC is being mooted as the basis of the transfer order.

"Is there a particular reason for the transfer?", Attorney General K. K. Venugopal had wanted to know. "Can an order be without any basis?", the then Chief Justice had responded.

Further, on Monday, the top court also issued notice to the Centre and the state of Assam on a connected plea claiming that post the publication of the final NRC, from which 19 lakh individuals stand excluded, the children so affected have been sent to detention centres.

"60 children, whose parents have been included, are excluded from the NRC even after the relevant documents were presented!", it was urged.