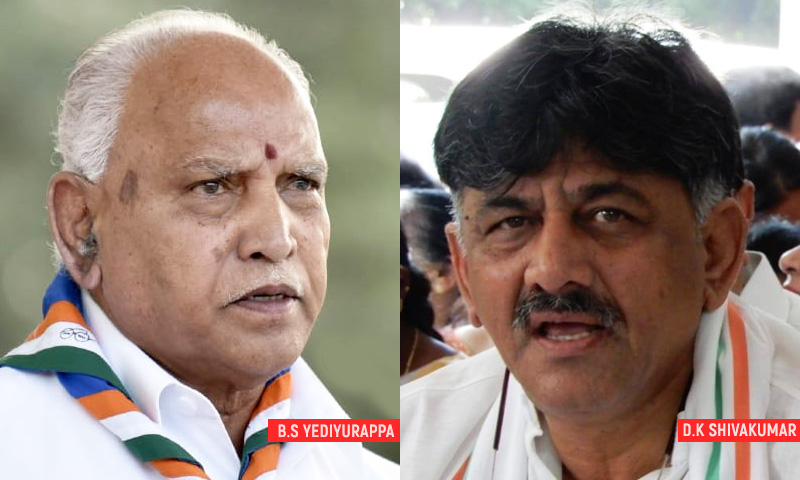 "You cannot piggy-back on somebody else's complaint like this, you cannot ride on another's shoulders", remarked Chief Justice S. A. Bobde on Tuesday on a plea to re-kindle a 2008 land-grabbing case against Karnataka CM B.S. Yediyurappa and former Congress minister D. K. Shivakumar.

The CJ granted two weeks' time to petitioner-NGO Samaj Parivartan Samudaya to show that it has earlier brought the matter to the attention of the concerned Lokayukta.

"You filed a complaint before the Karnataka Lokayukta? What happened there?", wondered the CJ, doubting the NGO's locus.

Even as Advocate Prashant Bhushan, for the petitioner-organisation, asserted that it is settled that locus is irrelevant in criminal law, he agreed to file a comprehensive affidavit on the part played by the NGO in the allegations against Yediyurappa and Shivakumar.

The case was before the Karnataka Lokayukta at the instance of the original complainant Kabbale Gowda before it was quashed by the Karnataka high court. Gowda filed an appeal before the SC and notice in the matter was issued in January 2018. However, on February 21 last year, his lawyer mentioned the matter and sought to withdraw the appeal, which the court allowed. The court, however, did not pass any formal orders and said it would further look into the facts of the case.

When the NGO's application for recall of the February 21 order that allowed the case to be withdrawn was heard by a bench of Justices Arun Mishra and M. R. Shah in July, 2019, the court had said, "Propriety demands it should not have been withdrawn". In the question of locus, the bench had been of the view that "Any person can come in a matter of corruption"

The case pertains to a piece of land measuring over five acres. The then purchaser of the land decided in 1962 to convert the land from agricultural use to industrial. The Bangalore Development Authority (BDA) acquired the land in 1986. Despite the acquisition, Shivakumar, who was in 2003 the Urban Development Minister, allegedly purchased the land from the original owner for ₹1.62 crore.

As per the complaint, the land registration was done even though the revenue documents continued to reflect BDA's name as the land-owning agency. In May 2010, when Yediyurappa took over as the chief minister of the State, he de-notified the land from acquisition proceedings. This was done unilaterally, without asking the file to be placed before the de-notification committee, the complaint claims. Shivakumar subsequently entered into joint agreements with other companies to develop the land in 2004 and 2011.