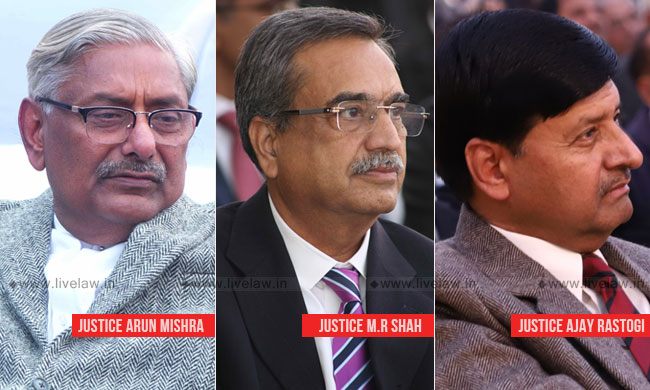 The Supreme Court bench comprising Justices Arun Mishra, M R Shah and Ajay Rastogi will consider tomorrow the petition filed by Tehseen Poonawalla against the curfew imposed in Jammu and Kashmir following the Central Government measures to abrogate the special status enjoyed by it under Article 370 of the Constitution.

The petition alleges that in the backdrop of latest constitutional amendments introduced by Union of India with respect to J&K, the state has been imposed with undeclared curfew, shutdown of phone services and internet and blockage of news channels w.e.f 4.08.2019. It further alleges that the citizens of J&K have been barred access to basic necessities such as healthcare, educational institutions, banks, public offices, food-vegetables and ration supply establishments. All of this amounts to suspension of Article 19 and 21 of the Constitution of India and is illegal, it says.

It also seeks the release of political leaders of J&K who have been detained. As per reports, leaders such as Omar Abdullah, Farooq Abdullah, Mehbooba Mufti,Mohammed Tarigami etc., are under custody.

Apart from the petition by Poonawala, five other petitions have been filed in respect of the actions taken regarding Jammu and Kashmir. They are :

These petitions are likely to be mentioned tomorrow for urgent listing.