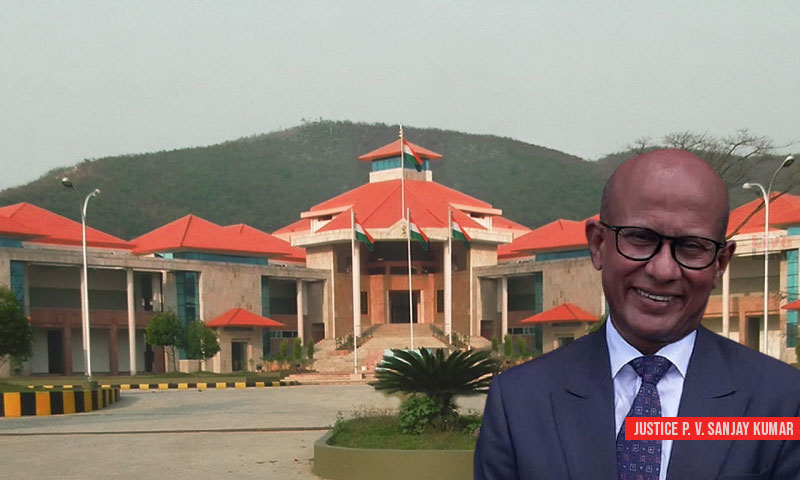 x
The recommendation to elevate Justice P. V. Sanjay Kumar as the Chief Justice of Manipur High Court was taken in a meeting held on 16th December 2020.

The Supreme Court Collegium is presently headed by Chief Justice S. A. Bobde. Besides the Chief Justice Of India, Justices N. V. Ramana, R. F. Nariman, U. U. Lalit and A. M. Khanwilkar are part of the five-judge Collegium.

The recommendation to elevate Justice P. V. Sanjay Kumar as the Chief Justice of Manipur High Court was taken in a meeting held on Wednesday (16th December 2020) and the resolution to this effect was uploaded on the Apex court's website on Monday (25th January).

Justice Sanjay Kumar enrolled as an advocate in the Bar Council of Andhra Pradesh in the year 1988 after obtaining his LLB degree from the Delhi University. He practiced at the offices of his father, Late Sri P. Ramachandra Reddy, former Advocate General of Andhra Pradesh until 1982.

Thereafter, he practiced independently, representing companies like Hindustan Petroleum Corporation Limited, Indian Oil Corporation Limited. He also served as a Government Pleader in the High Court of Andhra Pradesh between 2000 and 2003.

He was elevated to the bench as an Additional Judge on August 8, 2008 and was made a permanent judge of the high court on January 20, 2010.

He assumed charge as Judge of Punjab and Haryana High Court, on October 14, 2019.

The Centre had also notified the appointment of Justice Hima Kohli, the then judge of Delhi High Court, as the Chief Justice of Telangana High Court.