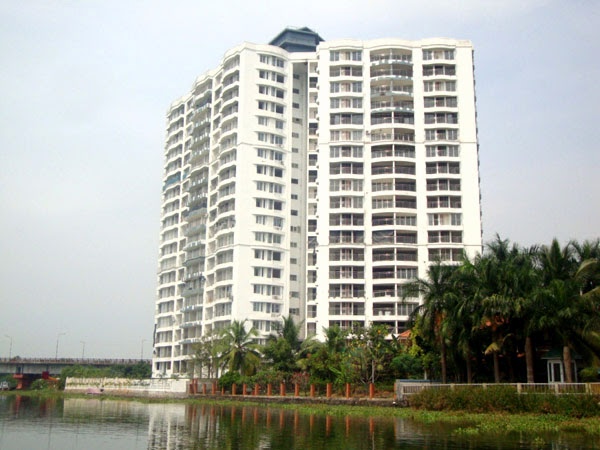 The families residing in nearly 400 flats in five apartments in Maradu, Kochi, can heave a sigh of relief for now, as a vacation bench of the Supreme Court stayed the demolition order passed by the Court on May 8 for six weeks.The bench of Justices Indira Banerjee and Ajay Rastogi passed the order while considering a writ petition filed by a group of residents stating that they were not heard...

The families residing in nearly 400 flats in five apartments in Maradu, Kochi, can heave a sigh of relief for now, as a vacation bench of the Supreme Court stayed the demolition order passed by the Court on May 8 for six weeks.

The bench of Justices Indira Banerjee and Ajay Rastogi passed the order while considering a writ petition filed by a group of residents stating that they were not heard by the Court before ordering the demolition of the apartments within  a month on findings of violation of Coastal Regulation Zone notification.

The vacation bench said that it will not be appropriate for it to pass any orders on the matter, as the original order was passed by another bench. Therefore, it has directed the listing of the matter before the bench of Justices Arun Mishra and Navin Sinha, which passed the judgment, in the first week of July.

Builders of two apartments have filed review petitions against the judgment stating that the Court was misled by the Kerala Coastal Zone Management Authority (KCZMA) into concluding that the constructions were made in violation of Coastal Regulation Zone notifications. According to the builders, the Kerala Coastal Zone Management Authority was aware that the constructions are legal now, as the area is categorized as CRZ-II (where such constructions are permissible) in the Coastal Zone Management Plan prepared as per the 2011 CRZ notification. Though this plan was approved by the Union Ministry of Environment and Forests in February 2019, this was not brought to the notice of the Court by KCZMA "for reasons best known to it", the petition states.

The review petitions state that the demolition order was passed by the Court on an erroneous understanding that Maradu area was included in CRZ-III area. The bench did not notice that the area was categorized as CRZ-II as per the Coastal Zone Management Plan prepared for the area as per CRZ 2011 notification, which was approved by the Union Ministry of Environment and Forests on February 28. Therefore, at present, a construction of the like nature is legal and permissible in the area, contends the review petitions filed by Holy Faith Builders and Developers and Alpha Ventures Pvt Ltd.

The construction started in the year 2006 based on a building permit issued by the Maradu Grama Panchayath, which was later upgraded as Municipality. Based on an instruction from the State Government, the Panchayath issued a show-cause notice for revoking the building permit, citing CRZ violations. This was challenged in the High Court of Kerala. The High Court stayed the notices, and construction was carried out on the strength of Court's interim order. Later, the writ petitions by builders were allowed by the Court on the ground that Government had no power in law to issue instructions to a local self government authority. This was challenged by the KCZMA in the Supreme Court, in which orders were passed on May 8.

The bench of Justices Arun Mishra and Navin Sinha had passed the order based on the report of a three-member committee appointed by the Court which stated that when the constructions were made, the area was designated as CRZ-III, where such constructions are prohibited. The Court had also noted that Panchayat had granted the building permits without the concurrence of the Coastal Zone Management Authority, which was mandatory.

According to the bench, the relevant issue was whether the constructions were legal when they were made, and not whether they are permissible now.

The bench also took judicial notice of the floods faced by the state last year and observed that it had taken place "due to such unbridled construction activities resulting into collossal loss of human life and property". The authorities were directed to implement the order within a month.

The review petitions allege that the three-member committee consisting of the Secretary to the Local Self Government Department, the Chief Municipal officer of the concerned Municipality and the Collector of the District had not heard all affected parties before submitting the report.

The builders contend that KCZMA is estopped from challenging the construction, as it had not taken any action while the construction activities were progressing. It did not challenge the building permits or the interim orders granted by the High Court. After keeping silent all this while, it cannot all of a sudden spring into action, especially so when all the units have been sold off to private parties and families have started residing there after spending their hard earned money, the review petition submits.

They have referred to the SC order in the case of DLF apartments in Kochi, where the Court had held that the builder cannot be held liable for the failure of authorities to take timely action. There the Court had found that the KCZMA had flip-flopped on whether there was any violation. Meanwhile the construction was completed on the basis of a deemed environmental clearance which accrued to the builder due to the authority's inaction, and the authority thought of acting against the alleged violation only after the completion of the construction. This approach was deprecated by the SC, which observed that a developer cannot be left in the lurch due to the indecisiveness of the authorities.

In the instant case, the KCZMA did not act promptly against the alleged violations, and did not question the building permits issued to the builders, argues the builder in the review petition.

On May 26, the SC had dismissed an application filed by a resident seeking extension of time.