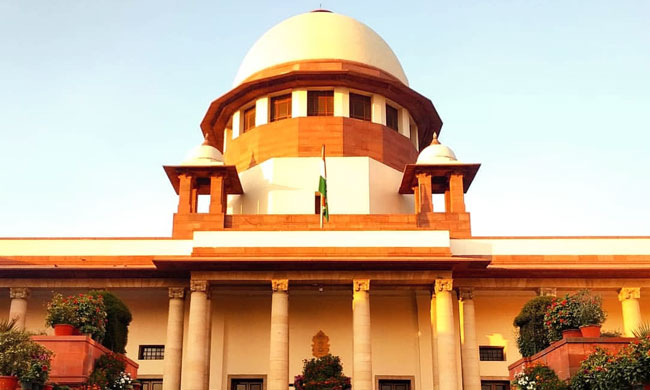 The Supreme Court on Tuesday deferred hearing on a string of PILs challenging the Ministry of Home Affairs' notification of December 20 last year authorizing ten Security and Intelligence agencies to intercept, monitor and decrypt "any information generated, transmitted, received or stored in any computer."

It may be noted that by virtue of section 69(1) of the Information Technology Act, the Central Government can authorise any agency to give directions to intercept, monitor or decrypt or cause to be intercepted or monitored or decrypted any information generated, transmitted, received or stored in any computer resource, if it deems necessary or expedient to do so.

The bench headed by Chief Justice Ranjan Gogoi had issued notice on the petitions on January 14, but even on that occasion had refused to stay the operation of the interim order.

The Centre in its reply has claimed that the notification "not only streamlines but also restricts" the use of Section 69 and confines its use for legitimate state interests by specifying the agencies who can exercise the power. The government assures that the 10 specified agencies can exercise the power only with the approval of the Union Home Secretary, who will authorise the same only in the interests of sovereignty and integrity of state, security of state, friendly relations with neighbouring states, public order or for preventing incitement to the commission of any cognizable offence.

It may be noted that the Ministry had subsequently clarified that The new order "does not confer any new powers" to any security or law enforcement agency, the Information Technology(Procedure and Safeguards for Interception, Monitoring and Decryption of Information) Rules having been framed during the UPA regime in 2009, adding that "each case" of computer interception, monitoring and decryption is "to be approved by the competent authority, which is the Union home secretary"