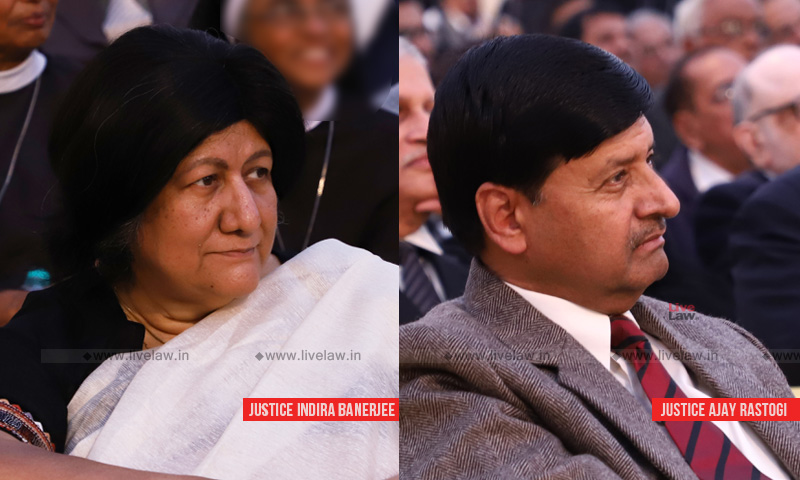 A Division Bench of the Supreme Court arrived at a split decision in a matter regarding whether the age of an individual or the number of years served on the job would determine the basis of retirement in cases where the person was employed before attainment of majority. A Bench comprising of Justices Indira Banerjee and Ajay Rastogi were unable to reach a consensus on the issue. Accordingly,...

A Division Bench of the Supreme Court arrived at a split decision in a matter regarding whether the age of an individual or the number of years served on the job would determine the basis of retirement in cases where the person was employed before attainment of majority.

A Bench comprising of Justices Indira Banerjee and Ajay Rastogi were unable to reach a consensus on the issue. Accordingly, the matter has been directed to be placed before the Chief Justice of India for reference to a larger Bench (Gopal Prasad v Bihar School Examination Board and others).

The Appellant in the case had been appointed as a Calligraphist-cum-Assistant of the Bihar School Examination Board on 20th May, 1970 at the age of 15 years. Though there was no minimum age prescribed for appointment to the post, however, minimum age of entry into pensionable service was 16 years. Therefore, the period of service of an employee before attaining the age of 16 years could not be counted towards pension.

In 1998, a government circular fixed the minimum age of appointment to an inferior service at 18 years. This was prospective and applied only to appointments made after the issuance of the circular.

In January 2004, the Bihar School Examination Board resolved to treat the age of entry into service, of those incumbents who were below 18 years of joining service, as 18 years at the time of their appointment. Therefore, employees who had been appointed before attaining the age of 18 years, were to be deemed to have attained the age of 18 years on the date of their appointment and that they would superannuate on completion of 60 years if they were Category-4 employees, and on completion of 58 years of age in case they were Category-3 employees (this was later increased to 60).

As per Justice Banerjee, any decision to amend the age of retirement could only have been done with the amendment of Rule 73 of the Bihar Service Code in accordance with law. Furthermore, this could not be done merely by a resolution of the Bihar School Examination Board.

"Rule 73 of the Bihar Service Code does not prescribe any length of service as criteria for retirement. The prescribed age of retirement for employees of the category to which the Appellant belonged was 58 years, later increased to 60 years. The decision of the Respondents to retire the Appellant before the attained the age of 60 years as per his actual date of birth, as recorded in the service records cannot be sustained", Justice Banerjee stated.

Accordingly, Justice Banerjee was of the view that the Appeal show be allowed, and the judgment of the Division Bench and the Single Bench of the Patna High court should be set aside.

"The Appellant is entitled to a declaration that the Appellant was entitled to continue in service till 18th November, 2014, beign the date on which he completed 60 years of age, as per his service records, and shall be entitled to all consequential benefits, including arrears of pay, if any, pensionary benefits etc."

Justice Ajay Rastogi, per contra, observed that only the person who attains the age of majority will be competent to enter into a valid contract of service. He further invoked the Majority Act, 1875 to define the Age of Majority of persons domiciled in India.

"When the Appellant entered service, the minimum age at the entry point in terms of the Pension Rules, 1950, is 18 years and maximum age prescribed for exit point is 60 years. As a logical consequence, the total length of service which one could render in the Government service may not exceed 42 years and when there is an unambiguous self explicit provision, anything contrary to or inconsistent with or incompatible to it, any circular or resolution or order, will not have any legal or valid effect."

Therefore, the Appellant could not have entered into service below the age of attaining majority, if there was no express provision of minimum age at the entry level under the Bihar Service. If the contentions of the Appellant were accepted, "it will take us to a stage where a toddler or a minor of any given age can claim his eligibility to enter into public employment which is manifestly illogical and impermissible in law".

The Respondents were represented by Advocate Gopal Singh of Chamber20A.