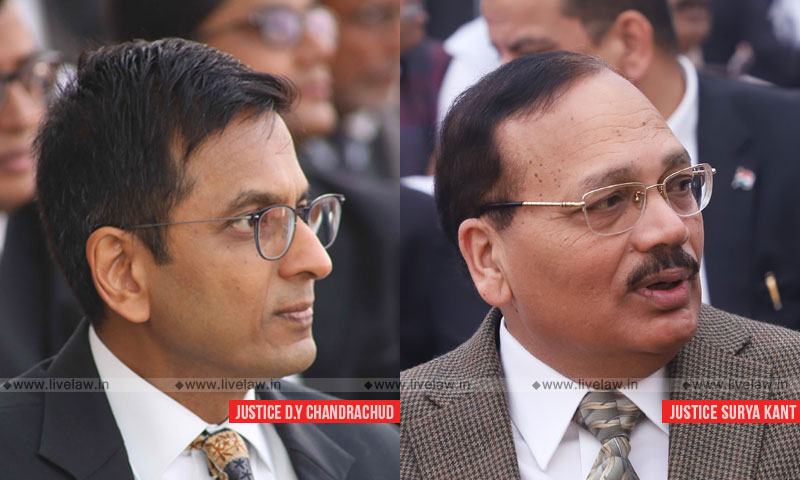 In a big relief to a destitute, homeless woman, the Supreme Court on Friday directed the family of a deceased man, who was allegedly the woman's husband, to pay her a lump sum amount of Rs 4 lakhs by the end of the month.

In the application filed against the LRs of one (Late) Manmohan Attavar, the woman sought interim relief of Rs 1.30 crore, in addition to an accommodation at Indian Council of Agricultural Research (ICAR), where her (alleged) husband worked as a horticulturist, before his death in 2017.

The woman, appearing in person, informed the court that she was living in a guest house which she was now required to vacate.

The respondents on the other hand, represented by Advocate Balaji Srinivasan, argued that the woman was a serial petitioner, having filed multiple frivolous applications for interim relief and lost in all forums.

While the court refrained from making any comment on the veracity of the woman's relationship with the deceased or his family, having regard to the present situation of health crisis a division bench comprising of Justices D Y Chandrachud and Surya Kant devised an 'ad hoc arrangement' and asked the family to aid the woman by paying her Rs. 4 lakh.

"In the present situation, particularly having regard to the public health crisis, we are of the view that the interest of justice would require the Court to pass a pro tem order, without prejudice to the rights and contentions of the parties. We make it clear that we are not entering into the merits of the rival contentions between the parties which will be heard at a future date. By way of an ad-hoc arrangement, we direct the respondent to pay a lump sum amount of Rs 4 lakhs to the petitioner on or before March 31, 2020," the bench said.

The matter was heard via Video Conferencing.