'Shocking State Of Affairs That There Are Unpaved Roads/Pits In The National Capital': SC Directs Govt. To Ensure Proper Roads & Waste Management 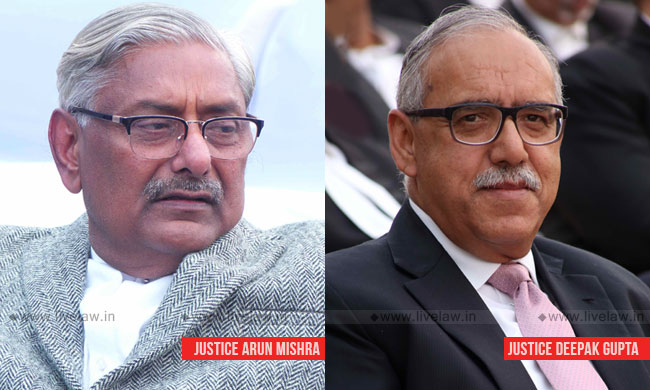 x
The court also directed the respective state governments to grant financial assistance of Rs 100 per quintal within seven days to small and marginal farmers for handling crop residue of non-basmati rice to ensure that they do not burn stubble to clean their fields.

The Supreme Court, during the course of proceedings to curb air pollution in Delhi on Wednesday, took stern view of the dilapidated conditions of roads in Delhi which it said, added to the pollution and dust in the city, and directed the Chief Secretaries of Delhi and the NCR region to take appropriate steps in that behalf.

Expressing its shock as to the persistence of such dire state of affairs in the capital city, the court was of the opinion that stubble burning in other states only contributed to 40-44% of the pollution in Delhi and that the rest was generated in Delhi and the NCR itself.

Accordingly, it directed the Chief Secretaries of Delhi and the NCR region to prepare an action plan to maintain proper roads and to cover all the uncovered chambers.

"there should ideally be no pits/potholes as they are cause of various accidents and accidental deaths. There are uncovered chambers also which are left. Unpaved roads have also contributed to the pollution and dust. Let a concrete plan in this regard, notwithstanding colony is legal and has been handed over or not, be prepared and submitted to this Court by the Government of NCT of Delhi in collaboration with and consultation of the various corporations and time frame for that be also stated," the court said.

The order was passed by the special bench of Justices Arun Mishra and Deepak Gupta after a two hour long hearing on the issue of severe air pollution which has engulfed the Delhi-NCR region.

Concerned by the open dumping of waste and garbage burning in the capital, the bench remarked,

"When the garbage/waste can be managed in Pune and Indore very effectively, why we cannot have a waste management scheme in Delhi, particularly when it is the capital city and face of India. This is reflective of a total apathy of the officers and lack of planning and non-accountability for the money spent, which is responsible for the situation in which we are put today."

With the aforesaid directions, the Supreme Court also criticized the governments of Uttar Pradesh, Haryana and Punjab for failing to curb stubble burning despite the Central government providing funds. It noted that most of the farmers who were burning stubble belonged to the category of small and marginal farmers who cannot afford renting machines to cut the crop residue.

Thus, based on the Report of the Sub-Committee of the High Level Task Force on stubble burning in Punjab, Haryana and Western Uttar Pradesh, the court directed the respective state governments to grant financial assistance of Rs 100 per quintal within seven days to small and marginal farmers for handling crop residue of non-basmati rice to ensure that they do not burn stubble to clean their fields.

Refuting the argument that the Government shall not able to provide financial support to these small and marginal farmers due to paucity of funds, the court said that states cannot be allowed to overlook the interests of farmers on account of "self-created bankruptcy".

"It is the bounden duty of the Central as well as the State Government to ensure the interest of these class of farmers is catered and they have the facilities of farming and harvesting by modern machines. It should not be prerogative of the chosen few, those who have the money, means and power to afford these luxuries. It is absolutely necessary that poor farmers are equally provided with the modern facilities which are necessary to prevent such incidents of stubble burning and the State Governments' self-created bankruptcy or paucity of funds cannot be a guise, not to discharge its obligation."

After the ECPA declared public-health emergency in the capital on November 1, the Supreme Court took upon itself to consider the special pollution control report of ECPA, which, among other things, sought directions to NCR states to take steps to stop burning of waste, toxic emissions from industries and dust from construction sites.