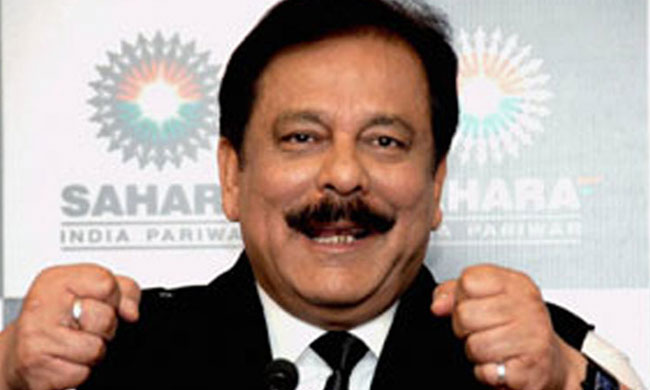 The Supreme Court Thursday directed Sahara group chief Subrata Roy to appear before it on February 28 for failing to deposit Rs 25,700 crore in the SEBI-Sahara case for returning investors' money.

The apex court said six months were given to Sahara by its last order to arrange the amount but what has transpired during the period has not inspired the confidence of the court.

A bench headed by Chief Justice Ranjan Gogoi noted that the group has deposited only Rs 15,000 crore.

The bench, also comprising Justices A K Sikri and S K Kaul, declined to give any further chance to Roy and other directors to comply with its previous orders.

It said it had decided to proceed with the matter so that the law takes its own course and directed Roy and other directors to appear before it personally on next date of hearing.

Roy, who has spent almost two years in jail, has been on parole since May 6, 2017. The parole was granted the first time to enable him attend the funeral of his mother. It has been extended since then.

Besides Roy, two other directors -- Ravi Shankar Dubey and Ashok Roy Choudhary -- were arrested for failure of the group's two companies -- Sahara India Real Estate Corporation (SIRECL) and Sahara Housing Investment Corp Ltd (SHICL) -- to comply with the court's August 31, 2012 order to return over Rs 24,000 crore to their investors.