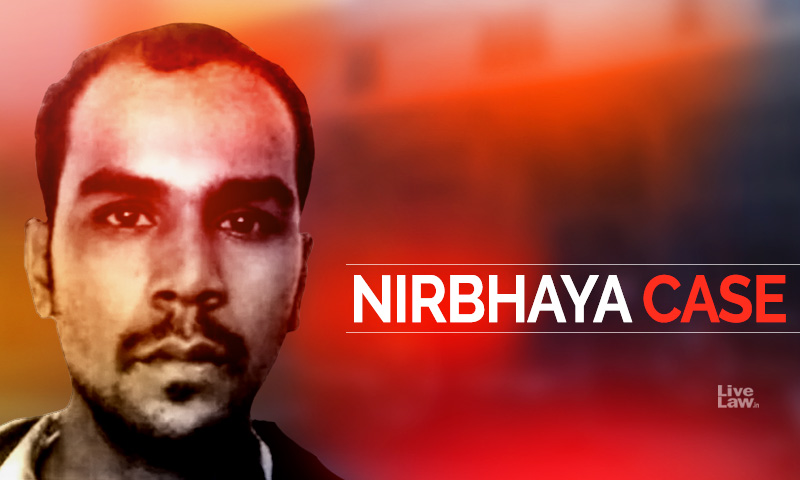 Three days ahead of the scheduled execution of death penalties in the 2012 Delhi gangrape-murder case, the Supreme Court on Wednesday reserved orders on the plea filed by Mukesh Singh, one of the four death row convicts, against the rejection of his mercy plea by the President. With this, the last legal remedy available for the convict against the death sentence has been...

Three days ahead of the scheduled execution of death penalties in the 2012 Delhi gangrape-murder case, the Supreme Court on Wednesday  reserved orders on the plea filed by Mukesh Singh, one of the four death row convicts, against the rejection of his mercy plea by the President.

With this, the last legal remedy available for the convict against the death sentence has been extinguished.

A bench comprising Justices R Banumathi, Ashok Bhushan and AS Bopanna held that there was no merit in the contention that no material was placed before the President for the decision. The bench added that alleged ill-treatment and cruelty in jail is no ground to grant mercy. Also, that the President has acted expeditiously is no ground to hold that there was non-application of mind, said the Court.

The Court also said that only limited scope of judicial review was available against the exercise of executive power by the President.

Senior Advocates Anjana Prakash, Rebecca John and Vrinda Grover had appeared for convict Mukesh. Referring to the SC precedents in Kehar Singh v Union of India (1989) 1 SCC 204 and Shatrughan Chauhan case, it was submitted that even the Presidential power was open to human fallibility.

"Even most trained mind is susceptible. When it comes to denying life and personal liberty, it should be subjected to another high authority", Prakash had said.

Further it was contended that all necessary documents were not placed before the President for taking a decision on the mercy plea. The trial courts judgment was not submitted before the President. The Solicitor General however objected to this submission and asserted that it was placed. In response, Anjana Prakash claimed that RTI replies had revealed the contrary.

It was also submitted that Mukesh had to undergo sexual abuse and cruelties in jail.

"Courts only sentenced me to death..was I sentenced to be raped?", asked the counsel.

"I haven't been able to sleep in 5 yrs. When I manage to sleep, I dream of death and beating", the lawyer added.

The counsel also submitted that his co-accused Ram Singh was murdered in jail, and the case was closed as suicide.

Solicitor General Tushar Mehta had opposed the submissions. He asserted that all necessary documents were placed before the President and submitted an affidavit to that effect. The allegations that Mukesh was sexually abused and ill-treated in jail, or was kept in solitary confinement, are not grounds for granting mercy.

On the petitioner's argument that the mercy plea was rejected hurriedly, the Solicitor General said that the decision was taken expeditiously so as to avoid the de-humanizing effect caused by long wait by a death row convict.

"It is the sole prerogative of the president to decide the matter as he wishes to. You cannot challenge rejection based on power being exercised expeditiously.", SG said.

On the petitioner's argument that jailor's recommendations were not forwarded to President, SG said "Jailor does not advise President on whether he deserves mercy or not".

The medical report certifying the fitness of the convict was also placed before the President, SG added.

On the point of placing of records, SG said jail authorities only submitted what was before them. Other records were sent by MHA, which was the full record.

The mercy plea was rejected by President Ram Nath Kovind on January 17, three days after the same was presented before him by Mukesh Singh. After that, a trial court postponed the date of execution to February 1 from the initial date of January 22. This was to comply with the requirement of giving 14 days time interval between rejection of mercy plea and execution, as per the SC judgment in Shatrughan Chauhan v Union of India.

The other three convicts - Akshay Singh, Pawan Gupta and Vinay Sharama - have not yet submitted mercy petitions.