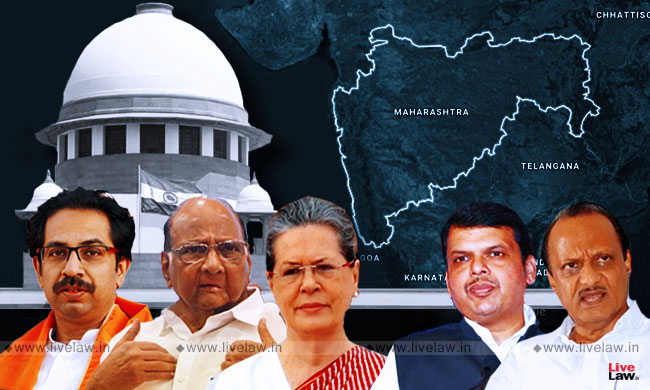 The Supreme Court on Friday dismissed a petition filed to declare the formation of Maharashtra Government by the Maha Vikas Aghadi alliance of Shiv Sena-Nationalist Congress Party- Congress as 'unconstitutional'.

"Constitutional morality is different from political morality. Courts cannot be asked to go where there is no jurisdiction", observed Justice N V Ramana, who led the bench which heard the matter.

The petition filed by Akhil Bharat Hindu Mahasabha member Pramod Pandit Joshi stated that Shiv Sena committed "breach of trust" by abandoning the pre-poll alliance with BJP to form a post-poll alliance with NCP and Congress, against which it had fought the elections. Hence, the Mahrashtra government formation was "unconstitutional", stated the plea.

The bench, also comprising Justices Ashok Bhushan and Sanjiv Khanna, asked the petitioner how court can interfere in the matter of alliance formations by political parties. This cannot be a subject for judicial scrutiny, said the bench.

"In a democracy, we cannot stop a political party from forming alliances with others", the bench observed.

The petitioner argued that people voted for Shiv Sena based on the promises made by the pre-poll alliance. The Court said that it cannot enforce election manifestos.