With Justice Gavai's Appointment, SC Gets A Dalit Judge After Nine Years 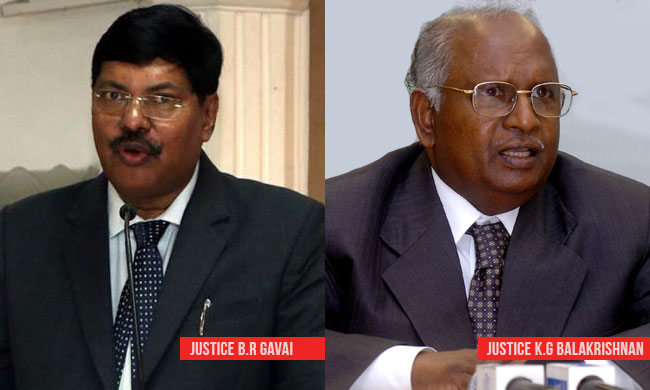 With the appointment of Justice Bhushan Ramakrishna Gavai to Supreme Court, the apex court has got a judge from Dalit community after nine years.

After the retirement of the former Chief Justice K G Balakrishnan on May 12, 2010, the top court was without any representation from the Scheduled Caste community.

It was on May 8 that the SC Collegium recommended the elevation of Justice Gavai from Bombay High Court, along with Justice Surya Kant, the Chief Justice of High Court of Himachal Pradesh.

The Collegium had specifically adverted to the fact that with Justice Gavai's elevation, the SC will get a judge from Scheduled Caste community after about a decade.

"On his appointment, the Supreme Court Bench will have a Judge belonging to Scheduled Caste category after about a decade", observed the Collegium.

"Mr. Justice Bhushan Ramkrishna Gavai was appointed as a Judge of the Bombay High Court on 14th November, 2003 and has been functioning there since then. He stands at Sl. No.8 in the combined seniority of High Court Judges on all-India basis. The Collegium while recommending his name has duly considered Mr. Justice Gavai's position (Sl.No.4) in the seniority of Judges hailing from Bombay High Court. His recommendation, in no way, is to be misconstrued to mean that three senior-most Judges from Bombay High Court (two of whom are serving as Chief Justices) are less suitable than Mr. Justice Gavai", the Collegium added.

Accepting the recommendation, the President notified appointment of Justice Gavai on May 22, along with Jusitces Surya Kant, Aniruddha Bose and A S Bopanna. They were sworn in as SC judges today.

Justice Gavai had come in news in November 2017,after he issued press statements refuting the reports in The Caravan magazine regarding the suspicious death of CBI judge B H Loya.

Justice Gavai said he met Judge Loya at the Nagpur marriage hours before he died of cardiac arrest.""I saw his body in the ICU where the doctors had tried to resuscitate him. No blood on his clothes, did not see any foul play," he told NDTV.