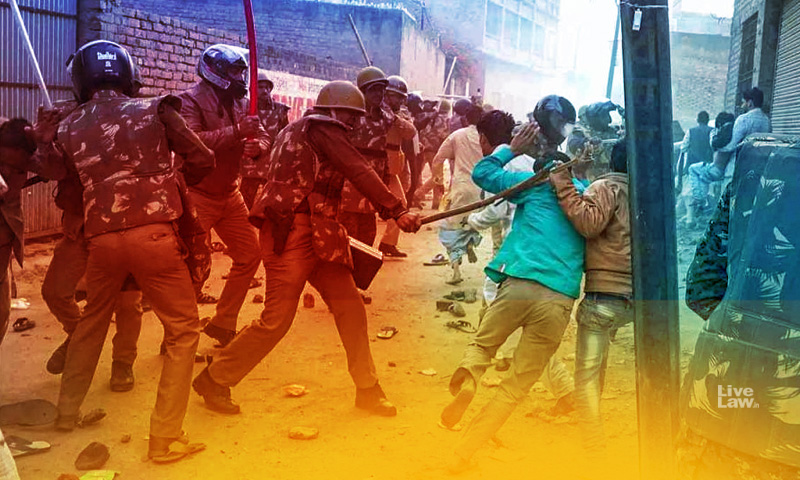 The Supreme Court on Wednesday granted bail to a 19-year old boy, Faraz, who had been arrested in December, 2019 for his alleged involvement in anti-CAA protests in Firozabad, Uttar Pradesh. The Bench, comprising of Justices Rohinton Nariman and Navin Sinha, was considering a Special Leave Petition (SLP) wherein it was contested that 4 of Faraz's co-accused were granted bail by...

The Supreme Court on Wednesday granted bail to a 19-year old boy, Faraz, who had been arrested in December, 2019 for his alleged involvement in anti-CAA protests in Firozabad, Uttar Pradesh.

The Bench, comprising of Justices Rohinton Nariman and Navin Sinha, was considering a Special Leave Petition (SLP) wherein it was contested that 4 of Faraz's co-accused were granted bail by various benches of the Allahabad High Court, based on the same FIR, yet the present petitioner was refused relief.

Appearing for the petitioner, senior advocate Menaka Guruswamy submitted that the FIR was registered 7 months ago (20.12.2019), pursuant to which a charge sheet was also filed, "but the investigation revealed nothing."

She went on to inform the Court that all his co-accused had been granted bail, yet the High Court refused to grant him bail on the pretext of a country made pistol being found in his possession.

Representing the State of UP, advocate Vishnu Shankar Jain affirmed this argument and stated that such a weapon was found to be in his possession, and that the accused had also led a mob during the aforementioned 'incident'.

While the State argued that Faraz is suspected for committing serious offences of indulging in rioting and violence, the petitioners claimed that he was apprehended from his timber shed and falsely implicated in the offences under which the FIR was registered.

The FIR, registered in Firozabad, Uttar Pradesh, "is based on concocted facts being contrary to the actual facts", asserted the petitioner.

In furtherance of the same, Guruswamy emphasised that not only had the petitioner been falsely implicated, the High Court had also failed to grant him the same parity as his co-accused by refusing him bail, despite noting that all others in the FIR had all been released on bail.

"It is pertinent to note that while, in the subordinate courts, the disputed recovery of a country made pistol from the present petitioner has been made the basis for rejecting the bail applications preferred by the present petitioner, co-accused Ahmad and Amir had also been stated in the FIR to have been found in possession of a similar country made pistol while the other accused persons were also similarly stated to have been in possession of weapons and all such accused, including co-accused Ahmad and Amir, have been granted bail by the aforesaid orders passed by the Hon'ble High Court", urged the petition.

Upon considering the arguments and examining the details of the matter, the Bench agreed that a co-accused of the petitioner had been charged in the same way as the petitioner, but he had been granted bail while Faraz hadn't been afforded the same relief.

"Accused Nos. 1 and 2 (the present petitioner, Faraz) are stated to be on par in the FIR itself inasmuch as pistols, including bullets, were recovered from both of them. We find that accused No. 1 has been given bail by order dated 29.01.2020", recorded the Bench.

Justice Nariman also took note of the fact that Faraz's co-accused was said to have been released on a number of factors which distinguished his case from that of the present petitioner. The fact that this co-accused had cancer, was one such consideration.

Having weighed in on these considerations, the Court held that there was no cause for differentiating between the accused whose charges emanated from the same complaint and granted bail to the petitioner. The Court stated that the bail would be subject to conditions decided by the trial Court and disposed of the matter.

"According to us, therefore, this is a distinction without a difference. Accordingly, we grant bail to the petitioner, subject to the conditions to be laid down by the trial Court", ordered the Apex Court.