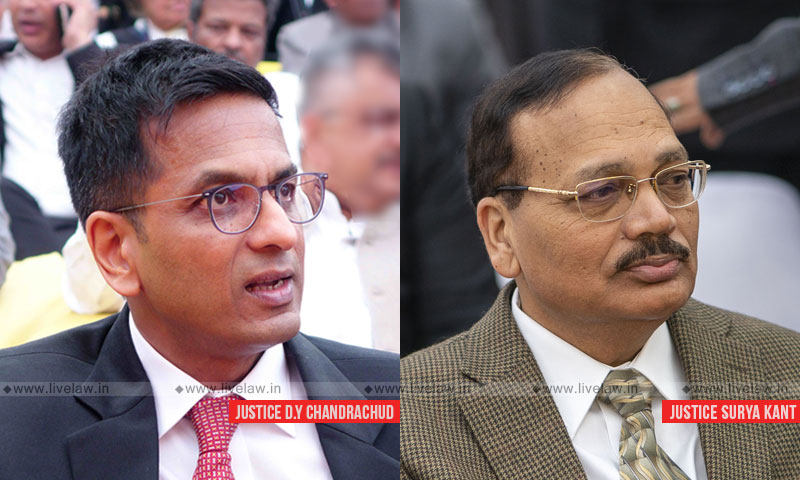 The Supreme Court on Friday released a murder convict on interim bail, to allow him to undergo requisite medical treatment and procedures.

The convict, Tulsi Ram Yadav, was imprisoned for life by the Allahabad High Court last year, in connection to a murder case. While an appeal against that order of conviction is pending before the Supreme Court, a division bench comprising of Justice DY Chandrachud and Justice Surya Kant has released Yadav on bail on medical grounds.

The applicant has been detected to suffer from pancreatic carcinoma. It has been disclosed in the application that the applicant was referred by the Swarup Rani Hospital at Allahabad to the Sanjay Gandhi Postgraduate Institute of Medical Sciences, Lucknow.

The counsel appearing on behalf of the applicant submitted that the applicant is presently undergoing indoor treatment at SGPIMS, Lucknow. However, in the current situation, the surgery has not been specifically scheduled on a particular date.

The court has enlarged him on 6 weeks interim bail, upon expiry of which Yadav will have to surrender before the police authorities.

"We find it appropriate and just to direct that the applicant be released on interim bail for a period of six weeks so as to enable him to pursue the medical treatment which he is undergoing for pancreatic cancer. The applicant shall surrender immediately upon the expiry of the period of six weeks from today. In the meantime, the whereabouts of the applicant shall be communicated by him to the nearest police station on a weekly basis. We are passing this order in the peculiar facts which have been noted above and having regard to the current situation," the bench said.

The Court convened through Video Conferencing and the Applicant was represented by AoR Tuhin, along with Advocates Rishabh Jain and Bhaskar Vali.