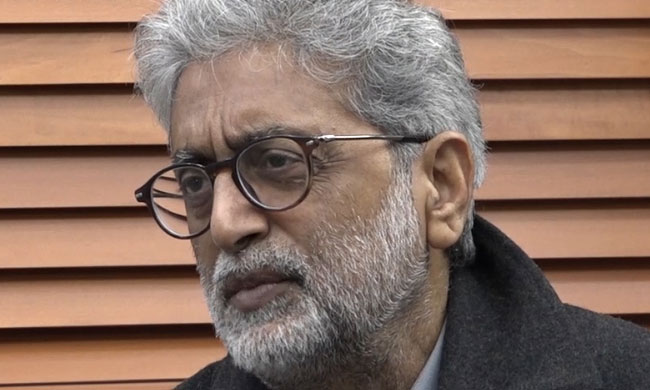 The Supreme Court on Friday granted interim protection from arrest to activist Gautam Navlakha in the Bhima Koregaon case.

The bench of Justices Arun Mishra and Deepak Gupta directed the Maharashtra police to produce the materials collected against him in the investigation so far and posted the matter on October 15 at 3 PM.

The order was passed by the bench after hearing Senior Advocate Dr A M Singhvi for nearly an hour in the petition challenging the judgment of Bombay High Court that refused to quash the FIR registered against Navlakha by Pune police alleging his involvement in inciting the violence at Koregaon Bhima in Pune on January 1, 2018..

Singhvi submitted that Navlakha was a renowned activist and journalist.

Justice Mishra, heading the bench, asked Singhvi why Navlkha was espousing the cause of Maoists. Singhvi clarified that he was a member of PUDR and was not associated with any banned organizations. Navlakha has always condemned violence, submitted Singhvi.

Singhvi also advanced that provisions of the Unlawful Activities (Prevention) Act were not attracted in the case. The incriminating documents referred to the Bombay High Court to deny Navlakha relief were not recovered from him, submitted Singhvi.

The case was posted before the special bench of Justices Arun Mishra and Deepak Gupta, after recusal of five judges - CJI Gogoi, Justices Ramana, Subhash Reddy, Gavai and Ravindra Bhat - from the matter.

In Bombay High Court, the division bench of Justice Ranjit More and Justice Bharati Dangre observed that there was prima facie material against the 65-year-old activist referring to the document submitted in a sealed envelope by Additional Public Prosecutor Aruna Pai. The police claimed that they have material showing 'deep involvement' of Navlakha in Maoist conspiracy