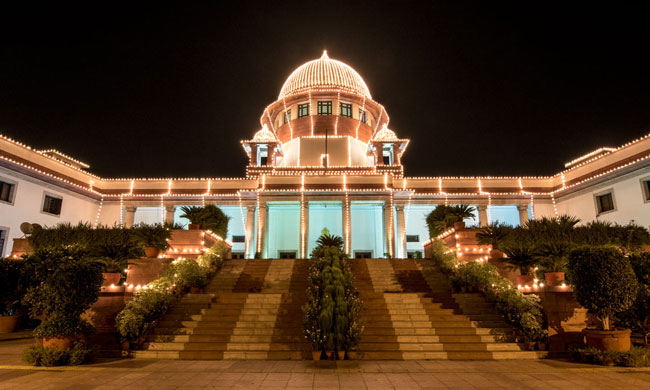 Granting relief to all women who could not appear in the physical test for Bihar Police Selection process last year owing to their pregnancy, the Supreme Court has directed the Bihar Police Subordinate Service Commission to conduct their physical tests now and adjust them against vacancies notified this year.

"The presence of lady members in the police force, considering the crime against women, is a prime need of the hour. Thus we feel that every endeavor should be made to ensure that there is higher representation of women in the police services," said the bench comprising Justices Sanjay Kishan Kaul and Krishna Murari.

The order was passed in an appeal filed by one Khusbu Sharma, who assailed the judgment of a division bench of the Patna High Court which had overturned the order of a single judge of the high court, granting relief to her. The single judge had directed the Respondent to fix any date of physical examination for the Appellant after two months.

The Appellant had made representation to the Respondent, Bihar Police Subordinate Service Commission, seeking postponement of date of physical examination for selection to the Bihar Police qua herself, as she was pregnant and her delivery was likely to take place in the month when the examination was scheduled. In the alternative, she sought to be recruited in the next process of selection after holding her physical endurance test only and not preliminary or the mains examination. However, the Respondent did not reply to her representations and she was forced to take a legal recourse.

Sharma, represented by Advocates Shivam Singh & Jaideep Khanna, contested the Respondent's "vagueness" with respect to the date of examinations and submitted that the schedule for different stages of examination had not been mentioned by the Respondent in the Bihar Police Manual, 1978 or the advertisement for vacancies. Thus, it was highly unjust to expect the Appellant to "forego exercising her reproductive rights" when no definite timeline with respect to different stages of examinations had been laid down.

She contended that such acts of the Respondent, which were contrary to its duty to create an environment for women to exercise their reproductive rights under Article 42 of the Constitution, also diluted women's "ability to compete for public employment", and claimed deprivation of right to personal liberty in light of the ruling in Suchita Srivastava vs. Chandigarh Administration, (2009) 9 SCC 1.

With reliance placed on Madhu & Anr. v. Northern Railway & Ors., 2018 SCC OnLine Del 6660, the Appellant contended that the Respondent's acts amounted to "indirect discrimination wherein a seemingly neutral act had a disproportionate impact on a specific group of individuals" and thus violated Article 14, 15 and 16 of the Constitution.

The Respondent, which entered appearance on August 14, submitted that the Appellant was pregnant much before the preliminary examination was conducted and hence she was well aware that she will be unable to appear for the physical examination. Further, in the absence of any rule to extend any kind of relaxation in case of there being a medical condition, the Respondent could not have accommodated her request.

In its order, the division bench of the High Court turned down the Appellant's arguments and held,

"the right of a female to choose a family life and have a child at the pre-employment stage cannot be a compulsion on the employer to mould the terms and conditions of the selection process at the convenience of candidates".

"had recruitments taken place in accordance with certain pre-defined schedules, intervention of this court would not have been called for as candidates would have known as to when recruitment would take place and would have to plan their life accordingly."

"The presence of lady members in the police force, considering the crime against women, is a prime need of the hour. Thus we feel that every endeavor should be made to ensure that there is higher representation of women in the police services," it added.

Disposing of the matter on September 27, almost within a month of the Respondent entering appearance, the bench directed that the candidates who sought deferment on account of pregnancy alone should be called for physical tests. The bench clarified that since the seats advertised last year had been filled, the qualifying candidates will be adjusted against the vacancies which had been advertised this year and that all such candidates will take merit at the bottom of the current list.

"Such process should be completed within a period of two months… We are conscious that this would possibly reduce the number of seats available for the subsequent examination but then that is the natural corollary of the aforesaid direction," it said.

However, it clarified that the examinations were now being held periodically and the aforesaid relief was only a "one time measure".