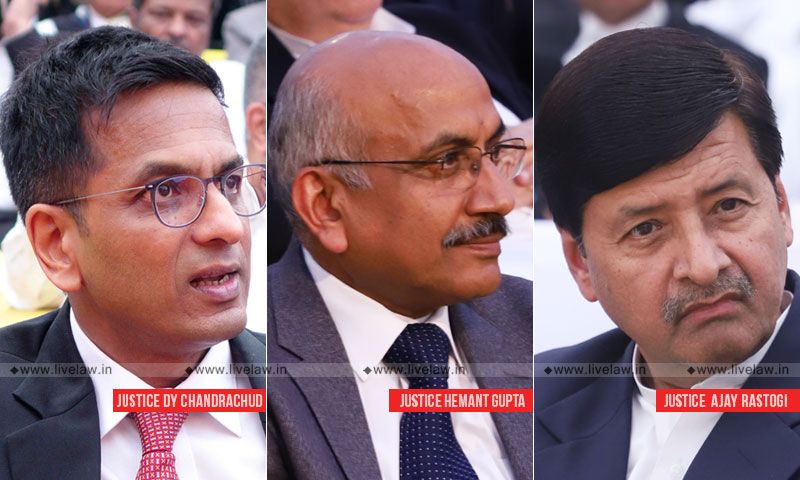 The Supreme Court on Thursday came down heavily on a social worker who had filed a plea seeking ban & prohibition on the sale and use of Coca Cola, Thums up and other soft drinks citing health concerns on their consumption.

A bench of Justices DY Chandrachud, Hemant Gupta & Ajay Rastogi imposed a cost of Rs. 5 Lakh on the petitioner, observing that the petitioner, "lacked technical knowledge" on the subject and his assertions stood "unsubstantiated".

"The petitioner claims to be a "social worker". The affidavit in support of the petition states that the contents of the petition are true to the knowledge and belief of the petitioner. The petition has been filed without the petitioner having any technical knowledge on the subject. The source of his assertions has not been substantiated. No justification or explanation is forthcoming during the submissions of Mr S P Singh, learned Senior Counsel on why two specific brands in particular are chosen to be the target of the proceedings" - Supreme Court

Further to this, the bench stated that the plea had been filed for "extraneous" reasons, whereby, an invocation of the jurisdiction of Article 32 of the Constitution stood as an "abuse of the process".

The Court noted that the recourse of Article 32 taken in the instant plea did not stronghold with bona fides requisite in a Public Interest Litigation.

In light of this, the court justified that the imposition of exemplary costs became necessary, which were quantified at Rs. 5,00,000 on the petitioner.

The plea had sought issuance of appropriate directions to the Centre as well as other appropriate authorities for issuing necessary orders, prohibiting the sale and use of Coca Cola, Thumbs up, soft beverages and also issuing notification "uprising people at large not to drink and use it, as the same is detrimental to the cause of health".

Additionally, Chavda had sought intervention of the Top Court for commanding and directing the Union to submit a complete analytical report and "scientific approval by scientist in providing license of sale and use of liquid items like Coca Cola, Thumbs Up".