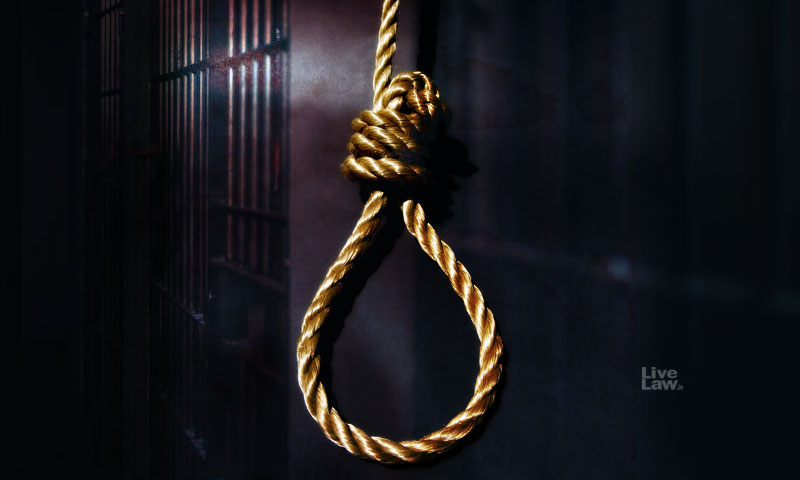 The Supreme Court on Thursday issued notice in a plea seeking directions for issuance of guidelines via-à-vis disposal of clemency/mercy writ petitions and resultant execution of death sentence in a time bound manner.

Notice was issued by a bench of Chief Justice SA Bobde, R. Subhash Reddy & AS Bopanna in the petition filed by Advocate Dr. Subhash Vijayran, highlighting the irregularities in deciding writ petitions across high courts while particularly focussing on the case of the two child-murderer sisters "Renuka and Seema" convicted of murdering 5 children in a depraved manner.

Petitioner argues that while convicts in the Delhi gang-rape-cum-murder case were dealt with expeditiously because the victims parents garnered support and resources to reach out to the judicial system, victims in the Child murderers case were slum dwellers and lacked resources and support due to death sentences of the convicts, though confirmed, is pending since 2014.

"I am particularly focusing on the case of the two child-murderer sisters Renuka and Seema – convicted of kidnapping and murdering, in the most depraving manner 5 helpless children – whose death sentences though confirmed by this Hon'ble Court, the President & the Governor - is stayed since 2014, as the Bombay High Court is hearing their post-mercy rejection Writ Petition in the most lackadaisical manner, with a shocking gap of more than 5 years 7 months between two hearing dates at pre-admission stage. Reason: The parents of victims-children are poor-slum dwellers, who have neither the resources nor the reach to garner public support and to wake up our hibernating judicial system" the petition reads.

With this perspective, the plea seeks guidelines for disposal of clemency/ mercy petitions, exhaustion of "legal remedies" by death-row-convicts, and execution of death sentences, in a fair, equitable, and time bound manner, in light of the judgments of this Court in Shatrughan Chauhan v. Union of India [(2014) 3 SCC 1] and Shabnam v. Union of India [(2015) 6 SCC 702].

Stating that the recent hanging of Delhi gang-rape-cum murder brought glaring systemic deficiencies, petitioner has averred that there is selectiveness in going forward with executions and loopholes are solidly misused like they were in the Delhi case at the eleventh hour. This, it is argued, leads to social discontent.

While narrating the sequence of events in the child-murderer sisters case, the plea states that High Court heard the writ petition in the most lackadaisical manner, with a shocking gap of over 5 years 7 months between two dates.

"Just because the parents of the 42 deceased children are poor slum dwellers and do not have the means to pursue the case of their brutally murdered children; this is how the Bombay High Court is handling the case." - plea states

In this backdrop, the petitioner states that the Constitution mandates the state to provide equal treatment and arbitrarily selecting and selectively executing some specific death row convicts while not bothering to execute other for decades is antithetical to Article 14.

"If the courts of law and the government are unable to execute the death penalty in a fair and equitable manner, they should abolish it. But, if they are retaining the penalty, they are constitutionally bound to execute it in a fair and unbiased manner. They can't discriminate inter se the death row convicts, all of whom are similarly placed. Such discrimination would be arbitrary, unfair, and violative of Article-14 of the Constitution."

Further to this, the petitioner prays for directions to the Union and States to take necessary steps in a time bound manner to execute the sentence of death for those death-row convicts who have exhausted their legal remedies as well as issue notices to those death-row convicts who have not exhausted their legal remedies, directing them to exhaust the same, in a time bound manner.

Alternatively, the plea prays for the declaration of imposition of death penalty as unconstitutional on "the grounds of inability of the state to execute the penalty in a fair, just and equitable manner inter-se the death-row convicts, the same being violative of Article-14 of the Constitution of India".