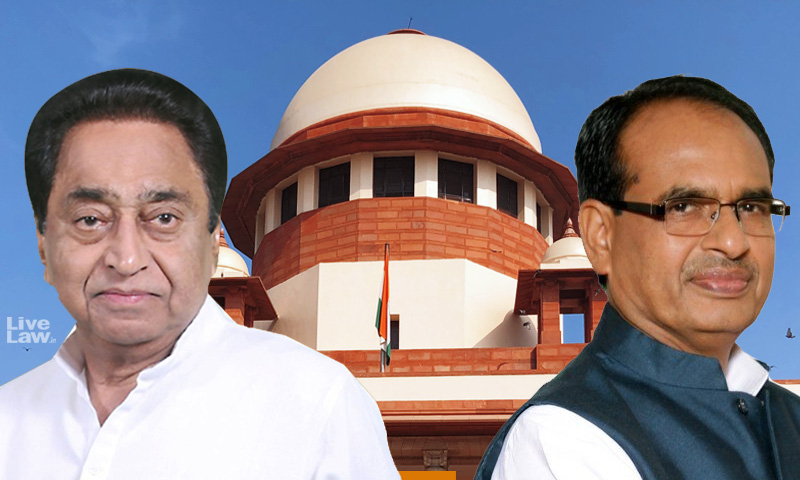 Senior Advocate Mukul Rohatgi , appearing for the petitioners before the bench comprising Justices D Y Chandrachud and Hemant Gupta, submitted that it was a travesty of justice that the opposite side did not enter appearance in the matter.

Justice Chandrachud observed that the appropriate thing to do was to issue notice and consider the matter tomorrow. Notices have been issued to Speaker, Legislative Assembly, MP,  Chief Minister Kamal Nath and Principal Secretary to the Government of Madhya Pradesh. Liberty has been granted to serve notice via electronic modes such as e-mail, whatsapp etc.

The petition led by Couhan,  the three-time former Chief Minister of MP,  was mentioned before the Mentioning Officer on Monday, upon which it was agreed to be listed today.

Referring to various precedents, including the recent orders of the Supreme Court in the cases concerning assemblies of Karnataka and Maharashtra, the petition seeks directions for holding floor test immediately.