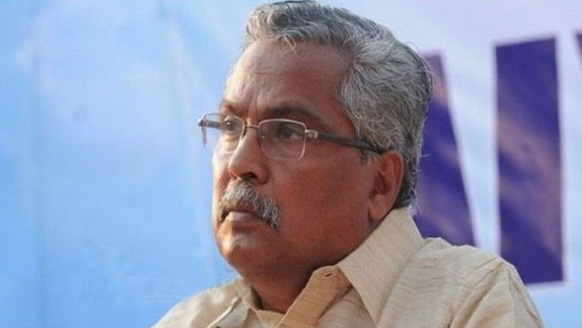 The Supreme Court on Thursday issued notice in a Public Interest Litigation (PIL) filed by Rajya Sabha MP of Communist Party of India, Binoy Viswam, which sought for directions to RBI and NPCI to ensure that the data of Indian citizens collected on Unified Payments Interface (UPI) platforms was not misused by WhatsApp, Google, Amazon and Facebook.A Bench headed by Chief Justice...

The Supreme Court on Thursday issued notice in a Public Interest Litigation (PIL) filed by Rajya Sabha MP of Communist Party of India, Binoy Viswam, which sought for directions to RBI and NPCI to ensure that the data of Indian citizens collected on Unified Payments Interface (UPI) platforms was not misused by WhatsApp, Google, Amazon and Facebook.

A Bench headed by Chief Justice of India SA Bobde issued issued notices to the Centre, Google, Amazon, Facebook and WhatsApp in the plea, despite objections from the Respondents who stated that issuance of notice by the Court would prevent them from functioning and would practically act as a stay.

Filed by Advocate-on-Record Sriram Parakkat, the plea seeks for "the protection of fundamental right to privacy of millions of Indian citizens who are using Unified Payments Interface (UPI)". Senior Advocate Shyam Divan and Advocate MS Vishnu Shankar appeared in the matter on behalf of the Petitioner.

"Although these entities are based in United States and take Indian data abroad, however, in absence of any strong scrutiny and responsibility the data shared on their platform is at very high risk of being misused. Moreover, these entities in the past have not only been blamed for misusing the data of its users, but has also been accused of reneging the promises made to the law makers and regulators".

However, it is stated in the plea, instead of actively looking into the allegations, RBI and NPCI have turned a blind eye and have permitted their operation on UPI platforms. Referring to an April 2018 circular issued by RBI directing all system providers to ensure data relating to payment systems operated by them to be stored in India, the plea submits that system providers, especially WhatsApp and Google Pay, have failed to follow the deadline of October 2018.

RBI, however, in complete disregard of the financial data of users, toned down the Circular in an FAQ and clarified that in cases of Data Processing done abroad, the data should be deleted from the systems and brought back to India within 24 hours. The plea submits that the FAQ was illegal and ultra vires the Circular issued, and prays for the same to be declared so.

The plea goes on to state that the entities have failed to comply with even the diluted data localization norms and, that RBI and NCPI have failed to take any action against them, thereby "jeopardizing the security of payments data of Indian citizens".

Positing that these entities already have access to immense personal data of millions of Indian users, "if they are permitted to collect unrestricted financial data of Indian users while operating at the UPI platform, the same will give them draconian control over sensitive India data".

"Further, in absence of any compelling state regulation, accumulation of such kind of data at such a large scale is also violative of Article 14 of the Constitution of India. Thus, the continuation of Amazon Pay, Google Pay and WhatsApp Pay, without proper safeguards ensuring that no data accessed by these entities through its payment services would be transferred outside India, stored indefinitely and shared with parent companies, would be against national interest".

In light of the above, the plea prays for directions to RBI and NPCI to ensure that WhatsApp Pay is not permitted to launch full-scale operations without fulfilling all legal compliances to the satisfaction of the Supreme Court.