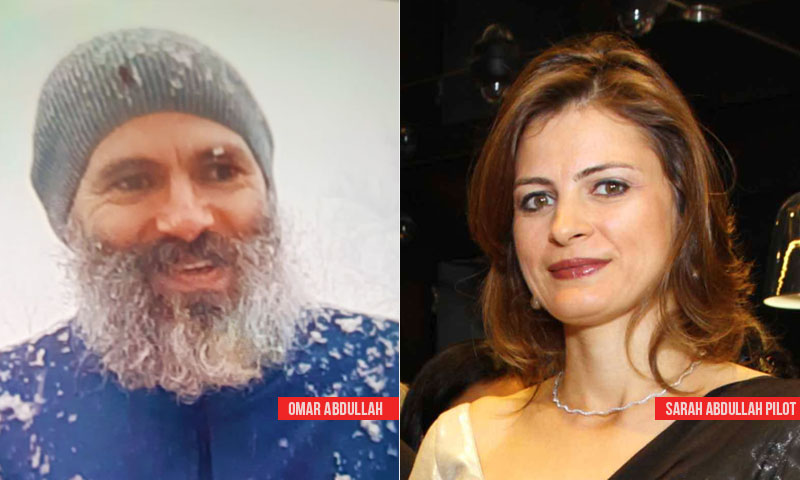 The Supreme Court on Friday issued notice to the Central Government and J&K Administration on the habeas petition filed by Sarah Abdullah Pilot against the detention of her brother Omar Abdullah, former Chief Minister of Jammu and Kashmir, under the J&K Public Safety Act.A bench comprising Justices Arun Mishra and Indira Banerjee has posted the case next on March 2.Though Senior...

The Supreme Court on Friday issued notice to the Central Government and J&K Administration on the habeas petition filed by Sarah Abdullah Pilot against the detention of her brother Omar Abdullah, former Chief Minister of Jammu and Kashmir, under the J&K Public Safety Act.

A bench comprising Justices Arun Mishra and Indira Banerjee has posted the case next on March 2.

Though Senior Advocate Kapil Sibal, appearing for Sarah Abdullah Pilot, made repeated submissions for an earlier date, the bench did not heed.

"If the sister could wait for such a long period, then 15 days won't make a difference", Justice Mishra remarked.

The petition was first listed on February 12 before a bench headed by Justice Ramana. But it was later posted before this bench, following the recusal of Justice Mohan Shantanagoudar from the case on February 12.

In her petition, Sarah Pilo contends that since he has been under detention since August 4/5 till February 5, the question of his being a threat to the maintenance of public order does not arise. When the Section 107 CrPC order lapsed, there were no new facts which justified the PSA order.

"This exercise of power is ex facie mala fide, for entirely political considerations, and has nothing to do with necessary ingredients required for exercising powers under Section 8(1) of the Act", the petition states. Under Section 8(1), a person can be detained only to "prevent him from acting in any manner prejudicial to security of the State or maintenance of the public order".

"the (detention) order conflates "Governmental policy" with the 'Indian State', suggesting that any opposition to the former constitutes a threat to the latter. This is wholly antithetical to a democratic polity and undermines the Indian Constitution", it was stated in the petition filed through Advocate Pragya Baghel.

The 49-year old political leader's "ability" to convince electorates to vote in huge numbers even during the peak of militancy and poll boycott calls by separatists and militants, is also reportedly cited as one of the grounds of detention