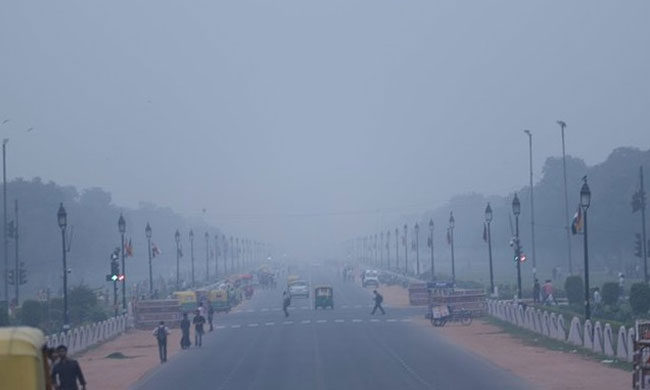 The Supreme Court on Friday issued notice on a petition highlighlighting the failure of government policies to provide for adoption of Electric Vehicles in the country in light of the serious impact of fossil fuel based vehicles on Global Warming, Climate Change, & Air PollutionThe petition, which was jointly filed by organizations including Centre for Public Interest Litigation, Common...

The Supreme Court on Friday issued notice on a petition highlighlighting the failure of government policies to provide for adoption of Electric Vehicles in the country in light of the serious impact of fossil fuel based vehicles on Global Warming, Climate Change, & Air Pollution

The petition, which was jointly filed by organizations including Centre for Public Interest Litigation, Common Cause and Sitaram Jindal Foundation, raises concerns about the impact of vehicles using non-renewable fossil fuels on climate change and global warming. Further, the petitioners invoked the spiraling air pollution levels and brought to the apex court's notice that in 2012 the government had released a National E-Mobility Mission Plan, 2020 with a vision to adopt Electric vehicles.

Appearing for the petitioners today, Advocate Prashant Bhushan informed the Supreme Court that several recommendations were made through this plan to mandate the switch to Electric vehicles, and to provide appropriate infrastructure and incentives to facilitate the same. In furtherance of this plan, the Faster Adoption and Manufacturing of (Hybrid &) Electric Vehicles in India (FAME-India Scheme) was promulgated in 2015, and again approved in 2019, to allow subsidies to consumers. However, alleged the petitioner, FAME-India Scheme was not able to create a mandatory demand and provide necessary charging infrastructure. This is the reason for the scheme's failure. In addition, the court was also apprised of the fact that only 0.263 million Electric vehicles had been sold till the beginning of 2019 as opposed to the 2012 target of 7 million, while only Rs 600 crores have been pumped in towards the scheme over 7 years while the plan called for an allocation of Rs 14,500 crores.

The petitioners substantiated their concerns by citing successive reports of the Niti Ayog which call for a switch to Electric vehicles to curb air pollution, refer to reports of the Lancet Journal according to which 1 of 8 children die due to air pollution, WHO's study that enlists 14 out of 15 most polluted cities in the world being in India, and a study by Vallabhai Patel Chest Institute according to which the average size of an Indian child's lungs is permanently smaller than Caucasian counterparts due to pollution factors.

In light of the above, Prashant Bhushan today urged the bench, comprising of CJI SA Bobde, J BR Gavai and J Surya Kant, to take deal with this matter seriously and take necessary action to promote the gradual adoption of Electric Vehicles, as per the prayer. Bhushan sought directions to the government to mandate such demand, create the infrastructure previously alluded to and 'cross subsidize' by charging a nominal fee on vehicles run on fossil fuels and reduce the expense of switching to Electric ones.

The bench seemed to agree on the need to treat this with importance and was inclined to set up a committee to look into this further. For the time being though, the government was served notice and must submit a status report before the court apprising it of the situation regarding the concerns raised. The CJI also directed that the Ministry of Surface Transport and Highways, through the concerned Minister (Nitin Gadkari), be added to the matter.