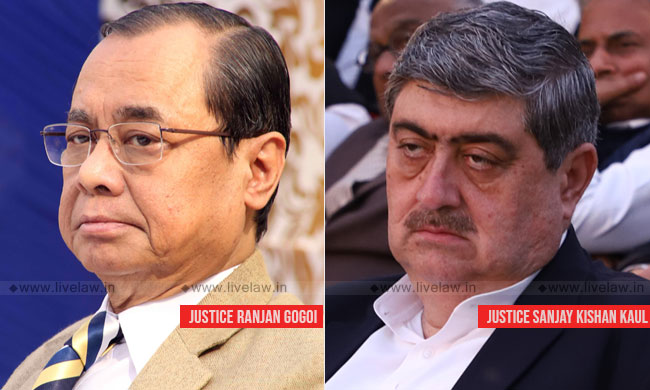 The Supreme Court, on Monday, sought response from Election Commission of India (ECI) on a petition demanding counting and cross verification of Voter Verifiable Paper Audit Trails (VVPAT) in at least 30% (randomly chosen) of all polling stations within each Assembly Segment/ Constituency.The notice was issued by a bench comprising Chief Justice Ranjan Gogoi and Justice Sanjay Kishan Kaul on...

The Supreme Court, on Monday, sought response from Election Commission of India (ECI) on a petition demanding counting and cross verification of Voter Verifiable Paper Audit Trails (VVPAT) in at least 30% (randomly chosen) of all polling stations within each Assembly Segment/ Constituency.

The petition contends that such cross-verification and counting of VVPAT slips is essential in the interest of democratic principles— that elections should be transparent, should be subject to public scrutiny and should be verifiable.

It further challenges as "manifestly arbitrary, irrational, unreasonable" and consequently, violative of Article 14 of the Constitution of India, the Centre's decision to confine such cross-verification exercise to a "statistically insignificant number" of only one polling station in each constituency.

The petition also makes reference to a judgment rendered by the Supreme Court in 2013 in Subramanian Swamy v. ECI, wherein it had directed usage of VVPAT machines for all forthcoming elections in a phased manner.

"…implementation of this Hon'ble Court's directions in Swamy and the larger principles of structural due process, transparency, examinability, voter confidence, voter satisfaction require the Election Commission to conduct random cross-verification of EVM counts with VVPAT counts in order to not only detect any technological mischief or malprogramming of EVMS, but also deter such mischief," it submits.

"The Petitioners submit that in order to detect and deter any such mischief or bias in the EVM process, at least 30% of all polling stations in a constituency must be chosen randomly for EVM counts to be cross verified with VVPAT counts."

The petition goes on to clarify that it is not challenging or delegitimising any election held so far in the country. "However, it is necessary for an advanced democracy such as India to adopt a process that has integrity and inspires confidence, independent on the technological safeguards and a process that acknowledges, accounts for asymmetries in information and the opacity of the electronic voting and makes meaningful use of the VVPATs," it adds.

It then demands mandatory scrutiny of VVPAT trails of at least 30% of all EVMs used in every Constituency in every election henceforth. It further demands a direction to the ECI to make it compulsory for Returning Officers to order hand-counting of all VVPAT slips of polling stations where the margin of victory is very narrow, i.e. less than 3%.