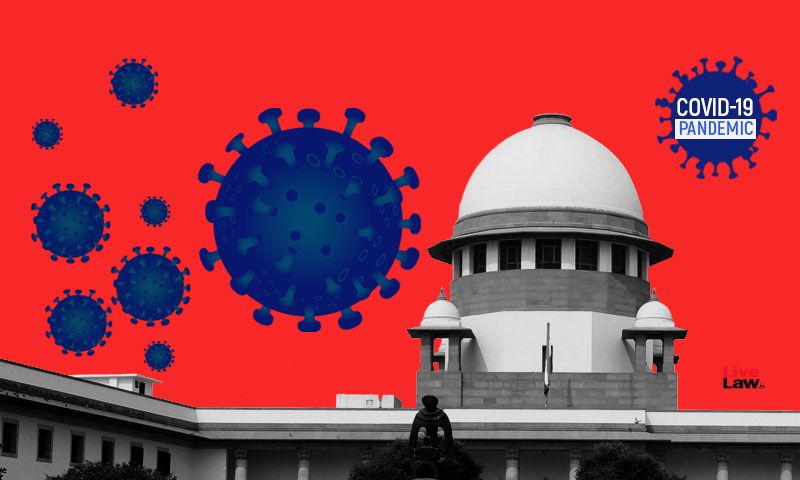 The Supreme Court on Wednesday issued notice in a writ petition seeking the immediate evacuation of a 58 year old Indian citizen stranded in Tokyo, Japan due to complete lock down in India.

The Petitioner, through AOR Megha Karnwal, had filed the petition for issue of writ of mandamus in order to direct the Ministry of Home Affairs and Ministry of Civil Aviation to make arrangements to bring back the Petitioner and other such Indian citizens who are currently stranded in Japan, back to India.

The Petitioner has submitted that he had traveled to Japan on a tourist visa or work and was to return to India on 31.03.2020. However, owing to the current lockdown in India, he is currently stranded in Japan. He is staying at his office friend's place. The Petitioner has further submitted that his friend is on dialysis and visits the hospital thrice a week. It is no longer safe for the Petitioner to stay with his friend but he has no other place to stay.

The Petitioner had made a representation to PM Office on 30.03.2020 seeking permission to come back to India through Japan Airlines or All Nipon Airways which were operating to and fro from Japan in order to evacuate Japanese citizens stranded in India. These airlines were operating one flight everyday from Delhi to Narita and Haneda till 4th April and 8th April, respectively. The Petitioner had also sought permission to allow him to come to India either through these Japanese Airlines or through a private jet. However, the Petitioner failed to receive any reply.

Japanese Government is anytime now going to announce the complete lock down in Japan.

Thus, the Petitioner, a father of four minor children, has further prayed the SC to issue a writ of mandamus to Ministry of Home Affairs and Ministry of Civil Aviation to give appropriate directions to the Japanese Government and Airlines so that they can bring back the Indian Citizen to India from Japan through their empty flights which are coming from japan to India or alternatively to allow the Petitioner to come to India through a private jet.