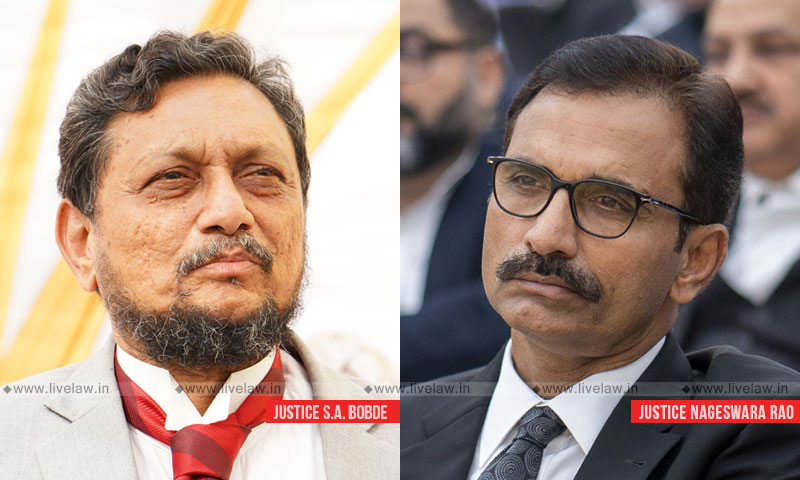 The Supreme Court of India today issued notice in the petition regarding the immediate evacuation of Indian students stranded in United Kingdom due to the lockdown and travel disruption in both the countries in wake of the COVID-19 pandemic. A Bench comprising of Chief Justice of India S.A. Bobde and Justice L. Nageswara Rao issued notice and requested the Solicitor-General Tushar Mehta to...

The Supreme Court of India today issued notice in the petition regarding the immediate evacuation of Indian students stranded in United Kingdom due to the lockdown and travel disruption in both the countries in wake of the COVID-19 pandemic.

A Bench comprising of Chief Justice of India S.A. Bobde and Justice L. Nageswara Rao issued notice and requested the Solicitor-General Tushar Mehta to take urgent instructions in the same. The Petitioner was represented by Advocate Sunil Fernandes.

The petition, filed by Advocate Madhurima Mridul, takes into contention the worsening situation in the United Kingdom and the consequent suspension of all International Flights. It states that "Indian students in UK are left with no option but to fight for their sustenance away from their families in India. While the UK government is helping international students and is ensuring that they are not evicted from university accommodations, those who live in private apartments are in many cases not being able to pay rents or afford basic sustenance".

The plea states that the Government of India had imposed a travel ban from 22.03.2020 on all international commercial passenger aircrafts from any foreign airport in India till 14.04.2020, due to which many Indian students who had booked tickets were stranded and unable to take their journey to India.

Additionally, the plea also notes that "India is probably the only country that has imposed an embargo on the return of its own citizens, and where other countries are making all possible efforts to repatriate their citizens stranded in various countries, India with its travel bans has made it impossible for its own citizens to come back home".

It is further asserted that a blanket order of preventing Indian citizens from returning back to his homeland is violative of constitutional rights guaranteed under Articles 14 and 21 of the Constitution of India; that the students who return from abroad can be quarantined and be directed to observe relevant medical protocols.

The plea brings to the light the greater risk of contracting COVID-19 that the students are being exposed to as a result of being crammed into packed hostels with shared kitchens and bathroom facilities. They are also without the basic necessities to sustain themselves and many are running out of finances and facing shortage of food and water.

"They have not been able to access any protective masks, gloves or sanitizers and are worried about contracting the deadly virus while miles away from their loved ones in India".

It is also stated that efforts have been made by these students to contact the High Commission of India in UK, but no steps have been taken to repatriate them and they have only been issued advisories to follow the National Health Service (NHS) and Public Health England guidelines. On the basis of the same, the intervention of the Apex Court is necessitated.

The plea proposes schedules of flights which shall operate between 4th to 7th April, 2020 by Air India as Charter (Commercial) flights. It also posits that the Governments of UK and Germany have also approached the Government of India to facilitate the return of their nations stranded in India. Therefore, an evacuation along similar lines can be undertaken by Government of India, and till the said evacuation takes place, it must be ensured that the needs of the Indian students are met.