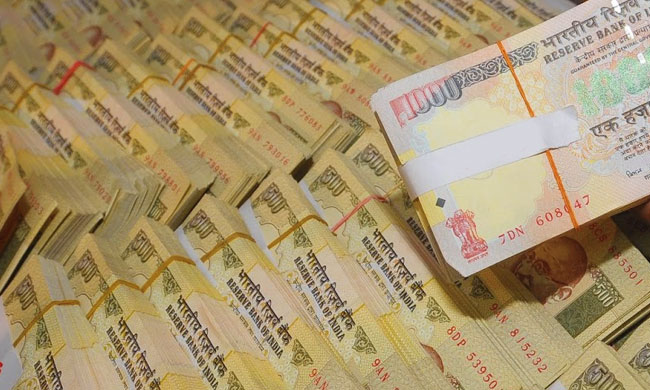 More than two and half years after ban of Rs 1000 and Rs 500 notes, a fresh petition was filed by a Madurai based businessman before the Supreme Court seeking direction to Reserve Bank of India (RBI) to accept his money amounting to Rs 1, 17,00, 872 which is part of his textile business.

A Bench comprising justices N V Ramana , Indira Banerjee and Ajay Rastogi issued notice to RBI and tagged the plea with other similar petitions which are pending before the Apex Court.

Petitioner K Raman, proprietor of AJAI Exim, in his petition tells the Apex Court that the aforesaid amount was not accepted by any of the bank even on December 30, 2016, the last day of the deadline to deposit the old notes of Rs 1000 and Rs 500.

The petitioner claimed that he had lost his money, business and reputation as his money was not accepted by Tamil Nadu Mercantile Bank.

According to the petitioner, he had even given representation to the RBI and on July  2, 2019, he had received a reply that he couldn't remit the amount in any bank.

His company dealing with purchase and supply of yarn had invested around Rs 5 crore and the money will be in rotationThe money he sought to deposit was not his money or profits, but in fact belonged to other establishments with whom he had business associations.

"That Petitioner has faced huge loss and is also facing section 138 of the Negotiable Instruments Act cases due to this....", the plea submitted.

He requested the Court to pass an order directing RBI to remit the same amount to any of his bank accounts.

Earlier, the Apex Court had referred a batch of individual cases pertaining to demonitisation to a Constitution bench for consideration.

In his first term, Prime Minister Narendra Modi on 8 November, 2016 had announced that Rs 500 and Rs 1,000 notes would no longer be valid from next day onwards.

The government had announced that demonetised currency notes could be exchanged or deposited at banks, post offices and Reserve Bank of India branches till 30 December, 2016.