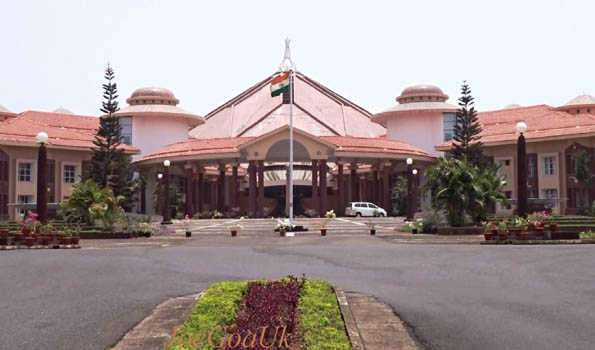 The Supreme Court on Tuesday issued notice on a plea seeking to direct the Speaker of Goa Legislative Assembly to take a decision on the disqualification of 10 defected Congress MLA's within one month.

It contends that the disqualification plea which is pending since August 2019 before the Speaker must be expedited.

It additionally seeks restraining the 10 defected MLA's to BJP from officiating as MLA's and Ministers.

Senior Advocate Kapil Sibal appeared on behalf of Chodankar and sought early listing of the case.

The plea contends that the Speaker has violated the deadline of 3 months to decide disqualification which has been set by the Supreme Court in its recent ruling pertaining to the Manipur MLA Defection issue.

In July 2019, ten of the 15 congress MLA's in Goa quit the party and merged with BJP, thereby increasing the strength of the ruling party to 40 from 27.

The disqualification petition filed against the 10 MLAs by the opposition party is pending before Assembly Speaker Rajesh Patnekar since August 2019.

"It is time that Parliament have a rethink on whether disqualification petitions ought to be entrusted to a Speaker as a quasi-judicial authority when such Speaker continues to belong to a particular political party either de jure or de facto. Parliament may seriously consider amending the Constitution to substitute the Speaker of the Lok Sabha and Legislative Assemblies as arbiter of disputes concerning disqualification which arise under the Tenth Schedule with a permanent Tribunal headed by a retired Supreme Court Judge or a retired Chief Justice of a High Court, or some other outside independent mechanism to ensure that such disputes are decided both swiftly and impartially, thus giving real teeth to the provisions contained in the Tenth Schedule, which are so vital in the proper functioning of our democracy" - Supreme Court

On February 13, Goa Assembly Speaker Rajesh Patnekar heard the disqualification petition filed by the Congress and lawyers of the 10 (defected) MLA's sought time to file their replies.