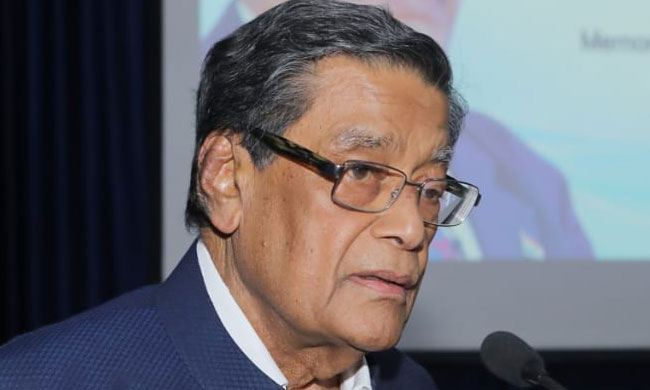 The Supreme Court on Friday issued notice to the Attorney General on a plea challenging a Bail Condition, imposed upon an accused by Madhya Pradesh HC, of getting Rakhi tied by the Complainant, who had levelled Charges of Outraging her Modesty against him.A bench of Justices AM Khanwilkar & BR Gavai said that since the plea was seeking a general declaration on all High Courts to not pass...

The Supreme Court on Friday issued notice to the Attorney General on a plea challenging a Bail Condition, imposed upon an accused by Madhya Pradesh HC, of getting Rakhi tied by the Complainant, who had levelled Charges of Outraging her Modesty against him.

A bench of Justices AM Khanwilkar & BR Gavai said that since the plea was seeking a general declaration on all High Courts to not pass such orders, it was inclined to issue notice only to the Attorney General.

Senior Advocate Sanjay Parikh appeared for the petitioners and informed the bench that this plea had been filed under "extraordinary circumstances".

Justice Khanwilkar then told Parikh that the condition must have been already carried out by now.

However, Parikh told the court:

The bench asked Parikh whether this was filed against the Madhya Pradesh HC.

Parikh stated that there is an application seeking restraint on High Courts from passing such orders across the country.

In this backdrop, the court said that it will only issue notice to the Attorney General and granted the petitioners liberty to serve a copy of the paperbook on AG KK Venugopal's office.

The case will now come up for further directions on November 2.

Petitioners challenged the above-mentioned Bail Condition only (and not the Bail order in toto).

The Bail condition which has been challenged in the Petition stated,

The plea states that the High Court erred in imposing a condition that defeated the very purpose of granting bail by directing the alleged perpetrator to establish contact with the victim and that the HC failed to appreciate that in most cases of sexual violence, the prosecutrix turns hostile and in many of these cases it is because she gets intimidated and/or induced by the family of the accused.

The Petition avers that the High Court ought to have been cognizant and sensitive to the fact that in a case involving a sexual offence having been committed against a woman; it is immeasurably difficult for the survivor to lodge an FIR and pursue a criminal case against the accused at the threshold.

"In the context of Rakshabandhan being a festival of guardianship between brothers and sisters, the said bail condition amounts to the gross trivialization of the trauma suffered by the Complainant in the present case." (emphasis supplied)

"That the present case is of particular concern since it has taken years to undo the damaging approach followed by Courts whereby cases involving sexual offences committed against women are attempted to be compromised by way of marriage or mediation between the accused and the survivor." (emphasis supplied)

The plea also maintain that imposing a condition whereby the accused i.e. Respondent No. 2 is required to go to the house of the Complainant on the festival of Rakshabandhan and request her to tie a rakhi around his wrist with the "promise to protect her to the best of his ability for all times to come" results in further victimization of the survivor in her own house.

In an application filed by the Petitioners seeking directions from the Supreme Court on Saturday (10th October), it has been stated that it is becoming a rather frequent phenomenon where extraneous conditions/observations are being made in many cases related to women, which tend to trivialize the offences committed.

As has been seen in the recent past, the Application further maintains, the violence is getting gorier and perpetrators of the offences are operating with impunity completely confident that law enforcement is complicit and/or a willing participant in suppressing these complaints.

In this context, the Applications lists out those instances where observations have been made in cases relating to offences against women including cases under the Protection of Children from Sexual Offences Act, 2012 ("POCSO Act") which are totally extraneous and stand to trivialise the trauma suffered by a woman which violates the dignity of a woman as protected by Article 21.

In many of these cases, the Application states, while granting bail to the accused in rape cases and cases under the POCSO Act, the courts, by relying upon the factum of marriage having been arranged/solemnized between the victim and accused, have made extraneous observations.

It has been averred in the application that in many cases these conditions are actually like compromise, which dilute or completely obliterate the heinousness of the crime against the dignity of a woman.

These observations, the Application opines, by no stretch of the imagination, can be conditions under Section 439 of the Code of Criminal Procedure and are in fact extraneous to the parameters for grant of bail. These observations also have an impact on the trial and in many cases on account of such observations, the accused get the benefit of acquittal or imposition of a lesser sentence.

Subsequently, the Application states that the Apex Court can issue directions within its vast jurisdiction and that it is a fit case for issuance of such directions, as may be required, by this Hon'ble Court under Article 142 of the Constitution of India to all the High Courts and Trial Courts to refrain them from passing observations and imposing conditions in rape and sexual assault cases that trivialize the trauma undergone by survivors and which violate their human dignity under Art.21.

Lastly, the prayer of the Application states,

"Direct all the High Courts and Trial Courts to refrain from passing observations and imposing conditions in rape and sexual assault cases, at any stage during the judicial proceedings, which trivializes the trauma undergone by survivors, adversely affects their dignity besides being against the criminal justice system"