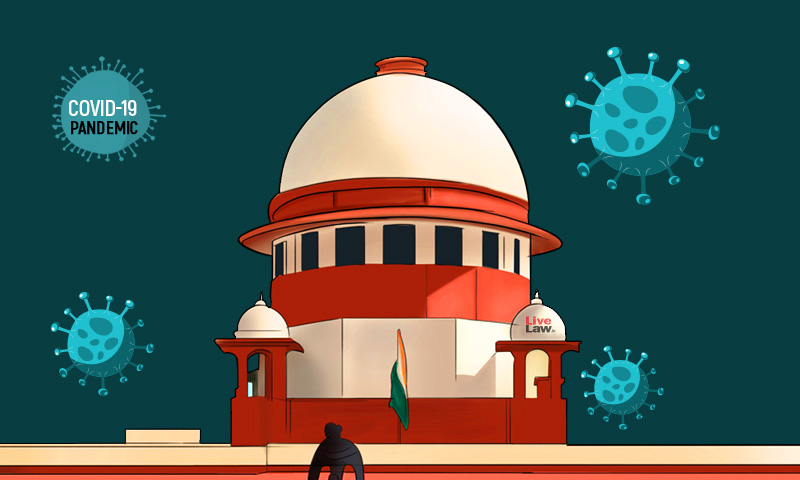 Supreme Court issued notice in a plea challenging a 4th April notification issued by the Department of Health and Family Welfare whereby certain Rules under the Pre-Conception and Pre-Natal Diagnostic Techniques Act have been suspended in wake of the COVID-19 pandemic. The Supreme Court Bench headed by Justice UU Lalit, however, refused to stay the notification which...

Supreme Court issued notice in a plea challenging a 4th April notification issued by the Department of Health and Family Welfare whereby certain Rules under the Pre-Conception and Pre-Natal Diagnostic Techniques Act have been suspended in wake of the COVID-19 pandemic.

The Supreme Court Bench headed by Justice UU Lalit, however, refused to stay the notification which is operational till 30th June, but provided the Petitioner with the liberty to raise the issue if the notification was renewed beyond 30th June.

The plea, filed by Advocate-on-Record Srishti Agnihotri on behalf of Dr. Sabu Mathew George, challenges the "illegal and arbitrary Notification issued by the Department of Health and Family Welfare, dated 04.04.2020, whereby the implementation of Rule 8, Rule 9(8) and 18A(6) of the Pre-Conception and Pre-Natal Diagnostic Techniques (Prohibition of Sex-Selection Rules), 1996 was suspended till 30th of June, 2020".

It is contended in the plea that the notification is without jurisdiction and a nullity as the PCPNDT Act does not provide any powers for the suspension of the Rules made thereunder, thereby making the act of the Central government illegal.

"The action of the Central Government in suspending certain Rules under the PCPNDT Act, 1994, despite not having the power to do so, violates Article 14 and 21 of the Constitution, as (in addition to being without jurisdiction), the Central Government has arbitrarily and selectively weakened a legislation aimed at curbing the pernicious activity of sex-selection and sex-determination."

The plea raises the issue of the evil surrounding the practice of gender biased sex selection in India, which is meant to be curbed by the Act and the Rules. It is submitted that by the act of diluting the Rules, the Central Government has effectively allowed the "misuse of technology by unscrupulous individuals, who will no longer be deterred by the monitoring mechanism provided in the Rules."
Furthermore, an Act of the Parliament cannot be diluted by virtue of a notification issued by the Central Government.

Rules 8, 9(8) and 18A(6) enumerate the procedures which regulate the administrative aspects of the Act, such as renewal of registration of medical establishments, maintenance and preservation of records by genetic counselling centres, laboratories and clinics, and the code of conduct which must be observed by the Appropriate Authorities that have been notified under the Act.

It has been averred that the illegal suspension of the Rules "will provide avenues for misuse of technology for purposes of sex-selection and sex-determination, and will result in a loss of the gains made in strict implementation of the Act, despite the fact that such strict implementation is a consequence of this Hon'ble Court's orders."

Therefore, as medical establishments continue to function, it is imperative for them to keep records and submit the same to the Appropriate Authority. Additionally, the Rules cannot be looked at in isolation as there exists a penalty for their contravention, which underlines its importance.

The plea refers to various cases such as Voluntary Health Association of Punjab v. Union of India (2013) and (2015), to drive home the point that the Apex Court has also noted the need for the Act's strict implementation to curb the social evil of female foeticide.

Therefore, under the guise of the lockdown, the Central Government has arbitrarily and without jurisdiction suspended the Rules under the PCPNDT, without any explanation as to why the suspension is to operate till June 30, when the lockdown was to end on 3rd May. In light of the same, the plea prays for the 4th April notification to be struck down.

Justice Lalit informed Parikh that the Supreme Court would not be able to interfere at this stage as the notification was valid till June 30, and resources had been diverted to and conserved for controlling the COVID-19 pandemic.

"See, the kind of situation in the country is quite difficult; it is a national crisis. There a lot of medical professionals, doctors required for all this work. We are in a National Emergency and the relaxation is also only till June 30."

However, the Bench issued notice to the Respondents and gave liberty to the Petitioner to raise the issue in case the notification was renewed beyond June 30th.