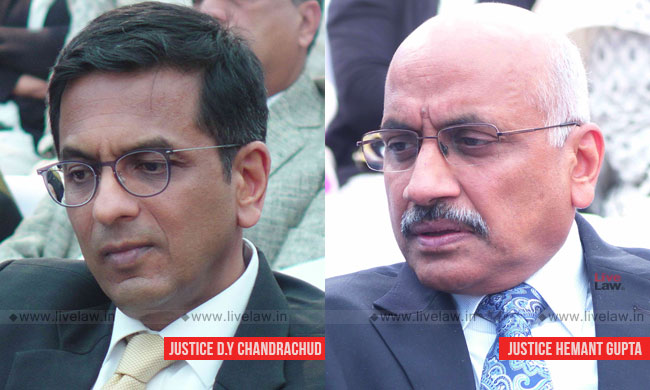 The Supreme Court on Thursday cleared the decks for the construction of international airport at Mopa in Goa, by lifting the suspension of the project's Environmental Clearance.The Court has allowed the construction of the airport in compliance of the additional conditions suggested by the Expert Appraisal Committee (EAC). The Court has directed the National Environmental Engineering...

The Supreme Court on Thursday cleared the decks for the construction of international airport at Mopa in Goa, by lifting the suspension of the project's Environmental Clearance.

The Court has allowed the construction of the airport in compliance of the additional conditions suggested by the Expert Appraisal Committee (EAC). The Court has directed the National Environmental Engineering Research Institute to oversee compliance with the EAC conditions and directions. The project proponent has to bear the costs, expenses and fees of NEERI.

On March 29, the Court had suspended the EC and directed the Expert Appraisal Committee to revisit the decision. A bench of Justices D Y Chandrachud and Hemant Gupta had then noted that the Environment Impact Assessment Authority had failed to notice the existence of Ecologically Sensitive Zones of Western Ghats near the proposed airport.

Following that, the EAC met on April 23, 2019, and suggested additional conditions.

The present direction was issued by the Court on an application filed by the Ministry seeking lifting of the suspension on the basis of the latest EAC meeting.

On the existence of ESAs, the EAC noted that the EIA report had only indicated that Pernem taluka, where the project is to come up, has not been earmarked as an ESA in the Kasturirangan Committee report. The EAC, in its minutes dated 23 April 2019, took note of the fact that based on the Kasturirangan Committee report, the MoEF-CC published a draft notification on 3 October 2018 indicating proposed ESAs in the Western Ghats according to which, ten villages in Sawantwadi taluka of Sindhudurg district in Maharashtra are comprised in the ESAs of the Western Ghats. These areas were beyond a distance of 4 km from the project boundary.

"Considering that all the ESAs are far away from the project, the impact on air and noise environment is expected to be minimal", noted the EAC in its minutes.

The EAC recommended grant of EC with additional safeguards and conditions, over and above the original EC granted in 2015.

The project proponent of the airport undertook before the Court that it was committed to "Zero Carbon Program".

In this regard, the bench observed :

"We have also taken note of the assurance which has been tendered on behalf of the concessionaire that it will adopt a Zero Carbon Programme both in the construction and operational phases of the airport. We accept the undertaking of the concessionaire and issue a direction for compliance".

The National Green Tribunal had earlier upheld the EC by imposing additional conditions to safeguard the environment. The NGT order was assailed in appeal before the Apex court by Hanuman Laxman Aroskar and Federation of Rainbow Warriors. Advocate Anitha Shenoy, appearing for the appellants, pointed out many shortcomings and lack of procedural compliance in issuing the EC. Attorney General of India KK Venugopal, on the other hand, submitted that the proposed project for setting up an international airport at Mopa has been on the drawing board for nearly two decades. The setting up of an airport is an imminent need, since the existing airport at Dabolim has reached a saturation point and is unable to cater to the growing volume of passenger traffic into Goa, he told the court.