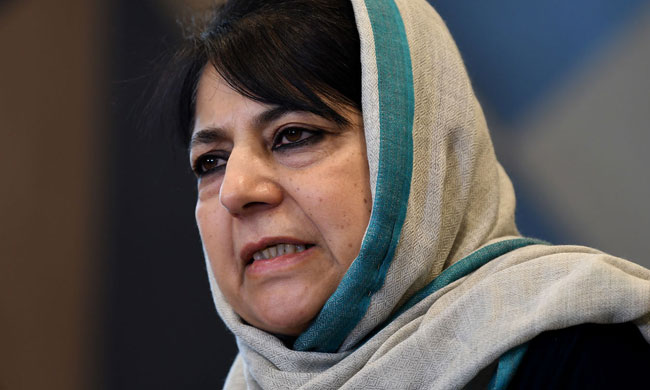 The Supreme Court on Thursday allowed Iltija, daughter to former Jammu and Kashmir Chief Minister Mehbooba Mufti, to travel to Srinagar to meet her detained mother.

The CJI-led bench however said that the permission was tonly to meet her mother in Srinagar. So far as her prayer to allow moving around in other parts of Kashmir is concerned, she can do so subject to the permission of authorities, added the bench.

Iltija, who is currently stationed in Chennai, said that she had not been able to contact her mother since August 5, the date on which the Central Government imposed curfew in the region in the backdrop of measures to revoke the special status of Jammu and Kashmir.

She expressed concerns about the health of her mother, a politician of PDP, which was ruling the state till last December in alliance with BJP.

Attorney General K K Venugopal and Solicitor General Tushar Mehta objected to Iltija moving the SC, and said that she could always approach the District Magistrate.

Not impressed by this submission, the CJI said " It is her privilege to move this forum. What is the objection in her going to meet her mother?".

Earlier in the day, the bench, also consisting of Justices Bobde and Abdul Nazeer, allowed the shifting of Kashmir politician M Y Tarigami to AIIMS Delhi for treatment.

That order was passed in a petition filed by CPI(M) general secretary Sitaram Yechury challenging the detention of Tarigami, a four time MLA from Kulgam constituency in the now dissolved J&K assembly.

Yechury  said that he was concerned about the health of 72 year old Tarigami. On August 29, the Court had allowed Yechury to travel to Kashmir to meet Tarigami. The CPI(M) general secretary was further directed to submit a report to the CJI based on his visit.

The Court passed the order for shifting Tarigami to AIIMS based on the report submitted by Yechury.