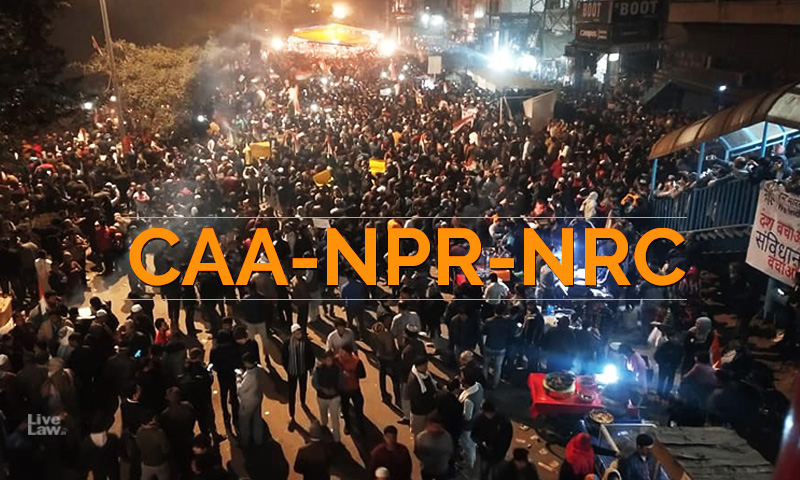 x
The plea had argued that the attempt to organize protests and make Anti CAA posts on Facebook were his constitutional rights, which the High Court didn't appreciate.

The Supreme Court today issued notice in a special leave petition filed by a student who was rusticated from Khwaja Moinuddin Chishti Urdu, Arabi-Farsi University ("University") on the reason that he was attempting to organize protests against the Citizenship Amendment Act, 2019 assailing the Allahabad High Court's order affirming University's decision. The matter which also sought...

The Supreme Court today issued notice in a special leave petition filed by a student who was rusticated from Khwaja Moinuddin Chishti Urdu, Arabi-Farsi University ("University") on the reason that he was attempting to organize protests against the Citizenship Amendment Act, 2019 assailing the Allahabad High Court's order affirming University's decision.

The matter which also sought interim relief in the form of staying High Court's order dated July 23, 2021, was heard by the division bench of Justices SK Kaul and MM Sundresh.

A stay of the rustication/expulsion orders dated February 28, 2020, and March 3, 2021, allowing the petitioner to attend classes and appear in the exams had also been prayed for.

It was been argued that the order of rustication had been passed without giving the BA student a proper opportunity of hearing and that even the Chancellor had violated the principle of orality by not personally hearing the student.

It was further averred that the High Court ought to have considered the grievance of the petitioner on merits, rather than summarily upholding the rustication order.

Filed through Advocate on Record Talha Abdul Rahman and by Advocate Harsh V Kediya, the SLP stated that no show cause notice or charge-sheet was ever provided to the Petitioner, and the only charge against him was attempting to organize protest.

On February 1, 2020, the Petitioner was summoned by the Proctor to appear before a 7-Member Committee to answer the charge in relation to his attempt to organize CAA protests. and no other charges, the plea states.

The Petitioner appeared before the 7 Member Committee on February 10 and gave a handwritten explanation stating that while he intended to organize a peaceful protest as per the right granted by the Constitution, the same was not even organized as there was violence in other parts of the country. According to the petition, it was for the first time before the Committee on that day, that the Petitioner was orally asked to explain other allegations in respect to certain past conduct which were not mentioned in the summons dated February 1.

Clearly, the past of the Petitioner had been resurrected unlawfully with a predetermined mind to sustain the rustication order passed by the higher authority to which all the Committee Members were subordinate, it was averred.

"University has rusticated the Petitioner merely for attempting to exercise his Constitutional right to hold peaceful protests and right to freedom of speech and expression. Protests were called off by him and were not organized and still University's Chancellor passed an order dated March 3, 2021 confirming his rustication. The punishment imposed upon the Petitioner for the exercise of his Constitutional rights is unconscionable as well disproportionate," plea stated.

The petitioner in the SLP had also submitted that the High Court did not appreciate that the petitioner had been expelled for the reason of his Facebook posts against CAA/NRC and his attempt to organize protests which were his constitutional rights.

Arguing that the High Court assumed that there were 7 charges communicated to the petitioner, which is contrary to the record, the SLP states the only charge against him was attempting to organize the protest.

"The High Court has committed an error in not appreciating the reason and dismissing the Writ Petition on the first day itself," plea further adds.

Contending that the university's power of suspension or rustication is uncontrolled and was thus being exercised in a whimsical manner, the BA student in his plea had submitted that,

Relying on Ranjit Thakur v. Union of India (1987) 4 SCC 611 in which the Top Court had held that a judgment which is the result of bias or want of impartiality is a nullity and the trial "coram non- judice", and that the test of real likelihood of bias is whether a reasonable person, in possession of relevant information, would have thought that bias was likely, the petitioner submits that the university never provided any show cause or charge sheet.

Reference is also made to a judgement passed by the Karnataka High Court, in T.T. Chakravarthy Yuvaraj v. Principal, Dr. B.R. Ambedkar Medical College (AIR 1997 Kar 261) in which the High Court had held that the power to expel a student is an attribute to the educational institution's governance and college cannot dismiss a student arbitrarily.

"The order impugned before the High Court had been passed with a pre-decided mind and a decision had already been taken to rusticate or expel the Petitioner which was sought to be justified by constituting a seven committee. There are no applicable rules or procedure specified, governing the imposition of punishment on students, and thus, it cannot be said that the University has complied with the requirement of Article 21," the plea had also contended.