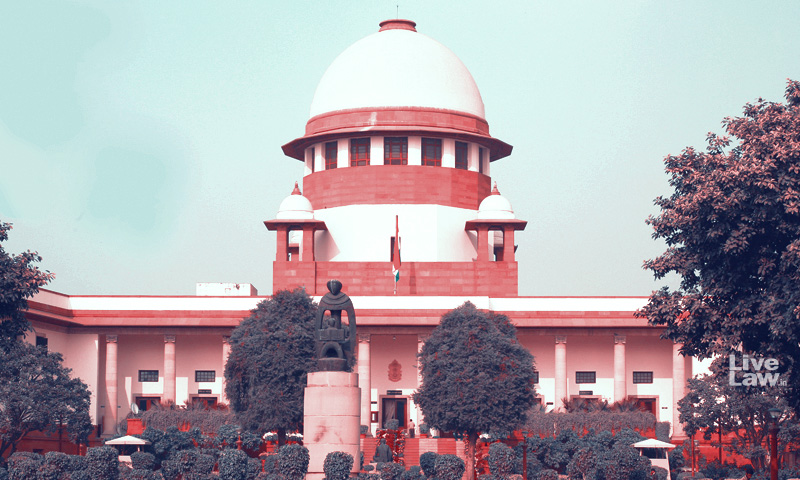 In a significant judgment pronounced on Friday, the Supreme Court ordered de-sealing of residential units in Delhi which had been sealed by a Court-appointed Monitoring Committee.A 3-Judge Bench comprising of Justices Arun Mishra, BR Gavai and Krishna Murari arrived at this decision upon finding that the Committee had never been authorized to take action against the residential premises that...

In a significant judgment pronounced on Friday, the Supreme Court ordered de-sealing of residential units in Delhi which had been sealed by a Court-appointed Monitoring Committee.

A 3-Judge Bench comprising of Justices Arun Mishra, BR Gavai and Krishna Murari arrived at this decision upon finding that the Committee had never been authorized to take action against the residential premises that were not being used for commercial purposes. The Court categorically held that it had not granted authority to the Committee to seal residential premises on private land, particularly when they were not being used for commercial purposes.

The Court went on to clarify that the Committee had been appointed only to check the misuse of residential properties for commercial purposes, but it could not have usurped statutory powers which had not been conferred on it by the Court.

In 2006, the Court constituted a Monitoring Committee on 23.4.2006, for the limited purpose of addressing the issue of use of residential premises for commercial purposes, and was entitled to inspect premises in which illegal constructions had been made. However, despite its limited scope, the Committee illegally sealed other premises. The Court restored the Committee's powers in December, 2017. A Special Task Force was then constituted by the Top Court via Order dated 24.4.2018. The responsibility of this Task Force was to remove encroachments on public roads, public streets etc., while the Monitoring Committee was to suggest areas where immediate action was required by the Force. The Task Force was also supposed to ensure that the order of the Court as well as the applicable bylaws were adhered to and implemented.

Upon perusal of previous Court Orders, passed in the present matter, along with various reports of the Monitoring Committee, the Bench held that the Committee could not have sealed the residential premises in question.

"It would not be appropriate to the Monitoring Committee to usurp statutory powers and act beyond authority conferred upon it by the Court. The Monitoring Committee could not have sealed the residential premises, which were not misused for the commercial purpose as done vide Report No.149, nor it could have directed the demolition of those residential properties." – Recorded the Court.

The Court further discussed the provision under Article 300A of the Constitution, and took note that the only way in which the property and right of residence could be deprived was in a manner that is prescribed by law. If a mode is described under a statute, deprivation of property cannot be allowed through other modes. Since the Court did not authorize the Committee to take such action, the same could not have been done except in accordance with the procedure laid down in various judgments that were highlighted before the Court.

"The power of sealing of property carries civil consequences. A person can be deprived of the property by following a procedure in accordance with law. The Monitoring Committee is not authorized to take action concerning the residential premises situated on the private land. If there is unauthorized construction or in case of deviation, the requisite provisions are under the DMC Act, such as sections 343, 345, 347(A), 347(B)."

In this light, since it was found that the Committee was not empowered to take such action, the Court further stated that incumbents could not have been deprived of due process of protection under the law. Hence, all the Reports related to the sealing of these residential premises, and the action of sealing itself were quashed by the Court.

The Top Court went on to direct de-sealing of these properties within a period of 3 days.

We also quash notices issued directing demolition where the matter was being heard by this Court and the Monitoring Committee had no power to look into the matter and to take any action.

Let the property sealed as per Report No.149 be de¬sealed, and possession be restored to the owners forthwith. Let this order be complied with within three days."- states the operative part of the judgment.

With this, the Court also clarified that they did not mean to belittle the work done by the Monitoring Committee for the work they engaged in to protect Delhi.