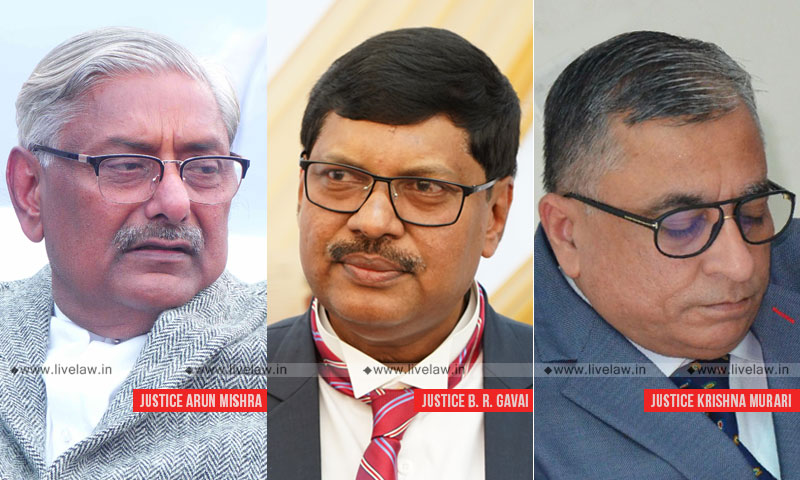 The Supreme Court has ordered the removal of nearly 48,000 slum dwellings around the 140-kilometer length of railway tracks in New Delhi within three months, and has further directed that no court should grant any stay on the removal of the slums."The encroachments which are there in the safety zones should be removed within a period of three months and no interference, political or...

The Supreme Court has ordered the removal of nearly 48,000 slum dwellings around the 140-kilometer length of railway tracks in New Delhi within three months, and has further directed that no court should grant any stay on the removal of the slums.

"The encroachments which are there in the safety zones should be removed within a period of three months and no interference, political or otherwise, should be there and no Court shall grant any stay with respect to removal of the encroachments in the area in question", the top court ordered.

A bench headed by Justice Arun Mishra, in an order passed on August 31, further stated "In case any interim order is granted with respect to encroachments, which have been made along with railway tracks, that shall not be effective".

The bench passed the direction after the Railways stated in the affidavit filed before the Court that there is a "predominant presence" of jhuggies in Delhi along with 140 km route length of track in the region of NCT of Delhi. The Railways stated that out of this,  about 70 km route length of track is affected by large jhuggie jhopri clusters existing in close vicinity of the tracks. These clusters sum up to a total of about 48000 nos of Jhuggies in the region adjacent to Railway tracks, the Court was told.

In this regard, the bench - also including Justices B R Gavai and Krishna Murari - passed directions with regard to removal of plastic bags and garbage from the tracks with the cooperation of the statutory authority like Delhi Urban Shelter Improvement Board, Corporations and the State Governments.

"We direct that let the plan be executed with respect to removal of the plastic bags, garbage etc. within a period of three months and a meeting of all the stakeholders, i.e. Railways, Govt. of NCT of Delhi and concerned Municipal Corporations as well as Delhi Urban Shelter Improvement Trust (DUISB) be called next week and work be started forthwith. 70% of the requisite amount shall be borne by the Railways and 30% by the State Government. The manpower be provided by the SDMC, Railways and agencies available with the Government, free of cost, and they will not charge it from each other. SDMC, Railways and other agencies to ensure that their Contractors do not put the waste/garbage on the sides of the railway tracks", the Court ordered in this regard.