SC Refuses Stay On Central Vista Project; Asks 'Can We Restrain Authorities From Acting As Per Law?' 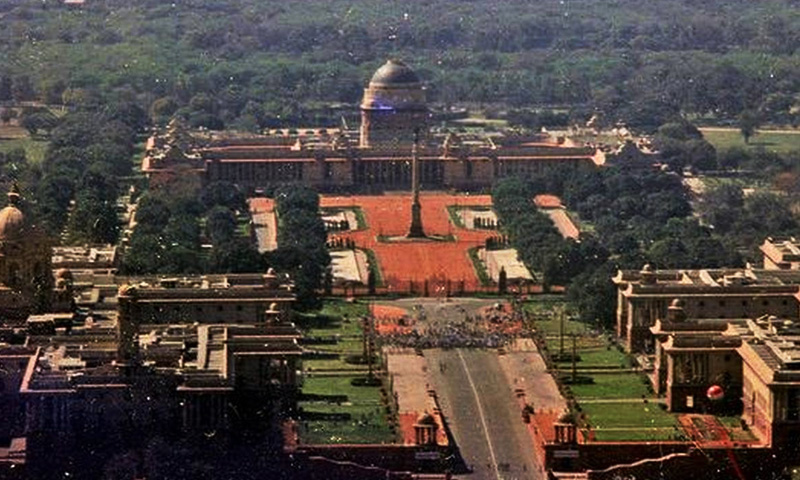 The Supreme Court on Friday turned down a plea to stay the ground work of the mammoth Central Work project .

The Central Government told the Supreme Court on Friday that it cannot give an assurance that no work on ground will be done with respect to the Central Vista project now.

'There can be no guarantee of no work on the ground', Solicitor General Tushar Mehta told a bench comprising Justices A M Khanwilkar, Dinesh Maheshwari and Sanjiv Khanna.

The bench was hearing a petition filed by Rajeev Suri against the notification issued by the Delhi Development Authority with respect to Rs. 20,000 crore Central Vista project, involving renovation and redevelopment of approximately 86 acres of land in the heart of Lutyens Delhi, marked by structures like the Parliament, Rashtrapati Bhavan, India Gate, North Block and South Block amongst others.

Advocate Shikhil Suri appearing for the petitioner, submitted that the authorities were granting approvals for various construction activities of the projects, despite the pendency of the case in SC. He also pointed out that Environmental Clearance has also been recommended for the project. In these circumstances, the Court should order that no further actions or steps will be taken.

"There is a series of various administrative clearances that are going on. No objection to clearances being granted. My prayer is for no change of ground situation even though there is paperwork", Hegde submitted.

"Can we restrain authorities from acting as per law?", the bench asked in response.

Solicitor General Tushar Mehta submitted that the project was "huge" and that there had been "no overreaching of process" in granting clearances.

The bench ultimately posted the matter to July 7, and said that any other proceeding regarding the project in question will be considered in a consolidated manner.

On April 30, the SC had refused to stay the project saying "during COVID-19, nobody is going to do anything".

The Expert Appraisal Committee (EAC) of the Union Ministry of Environment, Forest and Climate Change (MoEFCC) on April 22 recommended granting of Environmental Clearance (EC) to the expansion and renovation of the existing Parliament building.

The petitioner, Rajeev Suri, had first approached the Delhi HC against the DDA notification for Central Vista project.

On February 11, a single bench of the Delhi HC had directed that the Delhi Development Authority should get approach the court before notifying the proposed land-use changes in Central Vista.