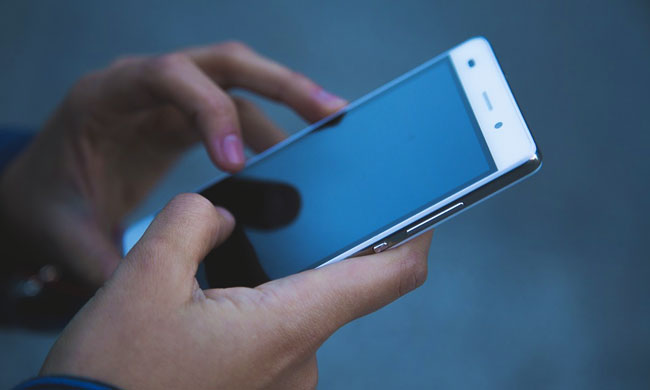 A bench comprising Chief Justice SA Bobde, AS Bopanna & R. Ramasubramaniun declined to entertain the petition filed on behalf of Advocate Reepak Kansal, averring that the latest directive violated citizens' fundamental right to privacy by creating a mega database of user preferences and promulgates consent and content of SMS received on a mobile number by sharing the data across multiple business entities.

When the case was called for hearing, Advocate Jitendra Mohan Sharma appeared for the petitioner and brought to the court's attention to Regulation 12.

Senior Advocate Rakesh Dwivedi raised a preliminary objection, adding that there are petitions already pending in the Delhi High Court which have challenged the validity of the Regulations while others have challenged their implementation.

At this juncture, CJI SA Bobde told Sharma to intervene in the Delhi High Court if required and indicated that the top Court shall not be entertaining this plea.

The plea which was being referred in the top court today was moved by Paytm  before the High Court of Delhi seeking a direction to be issued to TRAI as well as to various telecom operators to ensure compliance with the TCCCPR Regulations.

It is the case of the Petitioners that non-compliance with the guidelines have led to rise in the cases of unsolicited commercial calls and SMSs sent to customers to commit online fraud and phishing.

Kansal contends in his plea that the said regulation in the plea, has "oblique motives"  which has a great degree of "control and surveillance".

While making a reference to Hyderabad-based software company Tanla Solutions, the plea has averred that the said company is an "implementing partner" and is a private player in the market, operating for for Bharti Airtel, Vodafone Idea and state-run Bharat Sanchar Nigam Ltd.

The plea stated, "This regulation infringes upon the privacy of individuals at all levels, by creating a priceless, mega database of commercial relationships, habits and preferences of each and every mobile phone user, that is more than a 100-crore individuals".

In this context, it was averred that the regulation has mandated participation of all entities which are engaged in business activities as well as government bodies, political parties, welfare organisations etc.

".....even the Supreme Court of India itself, to name a few, to register on a proposed DLT (distributed ledger technology) based portal, with all client consent/content database, and fine-grained individuals' preference database," the plea reads.

Kansal contended that  the regulation goes beyond the scope of powers which have been entrusted upon the regulator under the TRAI (Telecom Regulatory Authority of India) Act. "TCCCPR 2018 also is a work of gross regulatory overreach as TRAI has assumed a sorts of self-orchestrated prevalence in the commercial communications domain over all other similarly placed regulators say RBI, SEBI and IRDAI, etc., to name a few," the plea states.

Kansal has referred to a nine-judge bench on the Right to Privacy "KS Puttaswamy" which  struck down the Central Government's regulation on Adhaar. The judgment also declared the right to privacy as a fundamental right.

"...such information about transactions of any nature being done by individuals would hit at the very root of the privacy of an individual i.e. information related to his/her payments, business dealings, personal nature expenditures, health related or financial, private information like consumption habits, personal travel history, etc." - Excerpt of Plea

Furthermore, it is averred by the petitioner that the "choice" of consumers in this context has no relevance at all as he is left in a situation where he must "meekly submit" consent. This, the plea states leads to him surrendering his privacy, "else be barred from receiving critical commercial information needed to keep an individual updated".