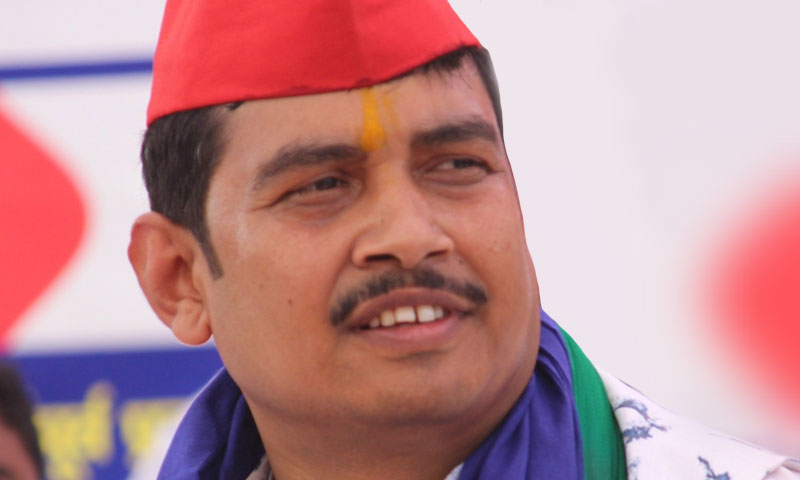 The Supreme Court on Thursday refused to interfere with the Allahabad High Court order granting two days parole to rape accused BSP MP Atul Rai, allowing him to attend his oath-taking ceremony as Member of Parliament in New Delhi.A bench comprising Justices D Y Chandrachud and Hemant Gupta dismissed the special leave petition filed by the prosecutrix against the High Court's order. On...

The Supreme Court on Thursday refused to interfere with the Allahabad High Court order granting two days parole to rape accused BSP MP Atul Rai, allowing him to attend his oath-taking ceremony as Member of Parliament in New Delhi.

On January 23, the Allahabad High Court allowed his parole application, directing the authorities to release him on two days parole from January 30. While passing the order, Justice Ramesh Sinha said that Rai will, on furnishing a personal bond, go to Delhi for taking oath in police custody. He will be administered oath on January 31 and he will return back to custody on February 1.

Rai had contended that he has not been able to attend a single day in the Lok Sabha since his election and that if his request for taking oath was not entertained; his seat would be declared vacant in view of Article 101 (4) of the Constitution.

According to Article 101(4), enables the Parliament to declare a seat vacant if its member is absent from attending the House proceedings for sixty days.

"I am of the opinion that in view of the provision contained under Article 101 (4) of the Constitution of India, the applicant shall be permitted to take oath as Member of Parliament in Lok Sabhaon 31st January, 2020, by the trial court concerned, thereafter he shall be produced before it by the police on 1st February, 2020…For the said purpose he would be taken in police custody from the evening of 30.01.2020 till 01.02.2020 in police custody by trial court concerned on his furnishing a personal bond of Rs. ten lacs and two sureties," the court ordered.

"It is made clear that during the period of short term parole, i.e., from the evening of 30.01.2020 till he return back to jail, the applicant shall not use any mobile phone etc. and not indulge in tempering of evidence nor in any other anti social activities. He shall be taken from jail to Parliament in Lok Sabha at New Delhi under adequate security headed by an  Officer not below the rank of Deputy Superintendent of Police/Circle Officer."

The HC further said that Rai should not be permitted to roam here and there except going to Lok Sabha at New Delhi.

Rai secured a seat in the Parliament from Ghosi constituency in UP, in the 2019 Lok Sabha elections. However, he was arrested from Varanasi on June 22 in connection to a rape case and hence has been unable to take oath to his office.

As per the FIR lodged against him on May 1, 2019, he took the student to his home on the pretext of meeting his wife but sexually assaulted her.

Rai had earlier approached the high court seeking protection from arrest. However, holding that there was no provision of anticipatory bail in Uttar Pradesh, the high court dismissed his plea.

Subsequently, he moved the Supreme Court requesting it to grant him protection, which also came to be dismissed by an order dated May 27.

After being arrested, he moved the Allahabad High Court which rejected his bail application on November 15, 2019. The high court had said that keeping in mind the principle of fair and speedy trial, Rai should not be granted bail and the Trial Court should be allowed to frame charges against him.