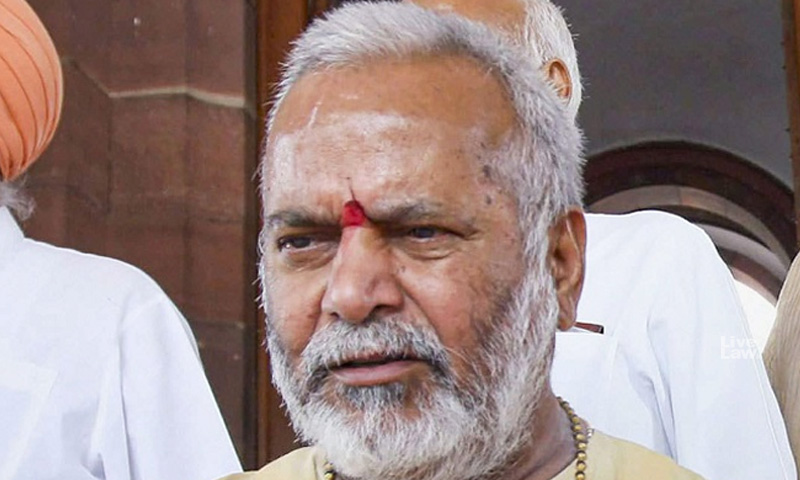 The Supreme Court on Tuesday dismissed the special leave petition filed by Shajahanpur law student challenging the order passed by Allahabad High Court which granted bail to Chinmayanand in the sexual exploitation caseA bench comprising Justices Ashok Bhushan and Navin Sinha observed that there was no reason to interfere with the order. The bench said that HC had imposed sufficient conditions...

A bench comprising Justices Ashok Bhushan and Navin Sinha observed that there was no reason to interfere with the order. The bench said that HC had imposed sufficient conditions to ensure that accused would not tamper evidence or threaten the witnesses.

The bench also issued notice on the plea made by the student for transfer of the trial of the case from Uttar Pradesh to Delhi citing apprehension of danger to life.

Senior Advocate Colin Gonsalves, appearing for the law student who was allegedly sexually abused by Chinmayanand, attempted to dispel the notion formed by the High Court that it was a case of 'quid pro quo'. Narrating from the complaint and chargesheet, he alleged that secret videos of the student bathing were filmed, and they were used by Chinmayanand to threaten her and to sexually exploit her.

Gonsalves submitted that there was no mention of these videos in the bail order passed by the Allahabad High Court. The HC's conclusion that it was a case of 'quid pro quo' was made without referring to these facts. The HC failed to understand that the student was under threat and duress, and had to submit to Chinmayanand out of helplessness, submitted Gonsalves.

"I wondered how such an old swami could do such things", Gonsalves remarked.

Gonslaves also pointed out that the police has not applied the offence of rape under Section 376 of the Indian Penal Code in the chargesheet and has instead invoked Section 376C IPC. Section 376C pertains to offence "not amounting to rape".

Luthra countered Gonslaves's submission that the HC had not taken note of the videos. He said the the videos were mentioned in the chargesheet. At this juncture, Gonsalves intervened to submit that they were videos pertaining to the massages which the accused had allegedly got done for himself from the student, and not the private videos of the student.

Luthra said that there was an element of 'quid pro quo' in the case by stating that the student and her mother were given employment by Chinmayanand. Luthra furher submitted that the girl had recorded videos of Chinmayanand with the intention of blackmailing him, and was facing charges of extortion.

Gonslaves replied that the student was forced to take a "counter-video" to protect herself from further exploitation.

During the hearing, the bench observed that the security ordered to be provided by the HC to the student was equivalent to that of a HC judge.

The bench also observed that if she had faced any attack from Chinmayanand during the stage of investigation, appropriate application could be moved before the Magistrate for cancellation of bail and for protection.

When Gonsalves submitted that bail should not have been granted to a person with criminal antecedents, the bench replied that the remedy of seeking cancellation of bail was always availalbe.

Sinha J. adds that the kind of security provided to the Complainant and her family members were given full fledged protection. "A gunwoman! More like the High court judges"

Justice Banumathi had recused from hearing the plea on Monday.

Last year, a woman studying LLM at a college in Shajahanpur under the management of Chinmayanad alleged that he had sexually abused her on multiple occasions. Following that, FIR was registered against him invoking Section 376C of the Indian Penal Code.

He was arrested by the Supreme Court-appointed Special Investigation Team on September 30, 2019, and was under custody until February 3, when the Allahabad HC granted him bail.

The student has been made accused in a counter-case lodged at the instance of Chinmayanand on the allegations of extortion using obscene videos of him shot through spy cameras.

The student was also under custody until she was released on bail in December last year.