'We Know Law Is In Your Favour And There Is No Stay; But We Are Not Passing Any Orders': SC To Women Seeking Protection For Sabarimala Visit 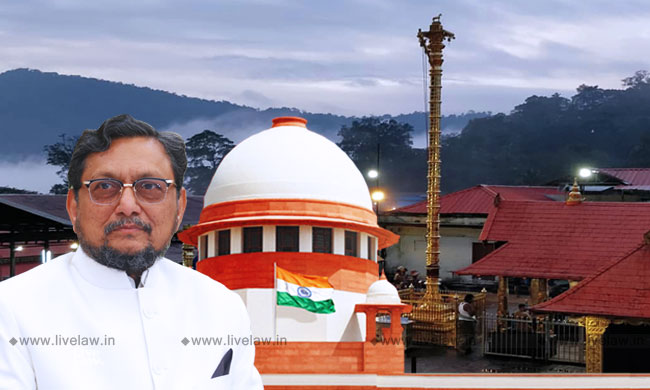 Even while agreeing that there was no stay of the judgment allowing entry of women of all age groups to Sabarimala temple, the Supreme Court on Friday chose not to pass protection orders for women seeking to visit the hilltop shrine of Lord Ayyappa.

Chief Justice of India S A Bobde said that it was an "emotive issue", and that the Court would prefer to exercise its discretion to decline relief to prevent violent reactions.

"It is a practice that has been going on for thousands of years. The balance of convenience requires that no orders should be passed in your favour now. If the matter, which has been referred, is found in your favour, we will certainly pass orders that you seek" CJI told Senior Advocates Colin Gonsalves and Indira Jaising, who appeared for petitioners Rehna Fathima and Bindu Ammini respectively.

"The situation at moment is explosive. We don't want any violence", CJI added.

At this juncture, Jaising asked if there was any stay of the September 28, 2018 judgment, which had overturned the ban on entry of women in the age group of 10 to 50 years.

CJI replied that there was no stay and law was in petitioners' favour. But the Court was declining relief, exercising its discretion, having regard to the emotive nature of the issue.

"We know that the law is in your favour and there is no stay. But we are not passing any orders", CJI said.

CJI Bobde also assured that he will set up the seven judges bench soon to settle the issue.

The bench, also comprising Justices Surya Kant and Gavai, however clarified that it was not opposed to the petitioner going to the temple, 'if she can'.

"We are not saying don't allow her to go in, but we are not looking to pass any order right now. If she can go and pray, we don't have a problem. We also get your point that a court would pass such order. However we're using our discretion and will not be passing any order", remarked the CJI.

He also mentioned during the course of the hearing that the "2018 verdict is not the last word".

The Court added that security for Bindu Ammini, which was ordered to be provided on January 18, will continue. As regards Rehna Fathima, the SC said that it will look into her security concerns and will pass appropriate orders.

The petitioners alleged that after the November 14 order of the Supreme Court in Sabarimala review petitions, the Kerala Government has taken a stand against entry of women in the age of 10-50 years in the temple.

Bindu Ammini, who is a teacher of law, stated that she was sprayed with "some chemical substance having burning sensation" when she attempted to visit the office of Kochi City Police Commissioner on November 26 to seek police protection to make pilgrimage to the temple. She, along with few women from Maharashtra - Trupti Desai and Saraswati Maharaj- had planned to visit the temple on that day.

After a Constitution Bench of the Supreme Court held the ban on entry of women in the age group of 10-50 to be unconstitutional in its judgment delivered on September 28, 2018, Bindu along with another woman named Kanakadurga had entered the temple on January 2, 2019.

Following this, the duo approached the Supreme Court complaining of threat to life from agitated protesters. On January 18, the Supreme Court directed the Kerala Government in their plea to provide "round the clock" security to them.