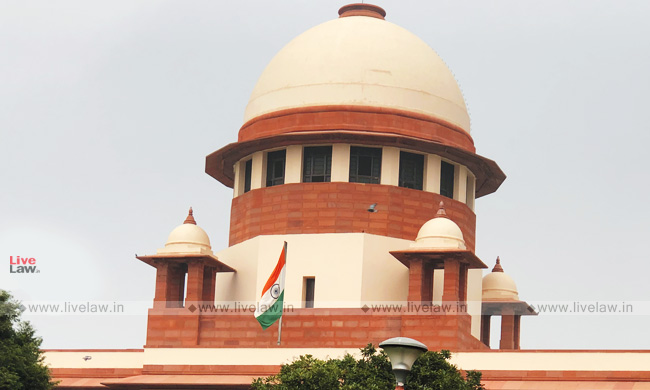 The Supreme Court on Wednesday reserved its judgment on the issue of in-service reservation for doctors in PG-Super Speciality medical courses.The bench of Justices L. Nageswara Rao, Hemant Gupta and Ajay Rastogi was hearing the challenge to the October 7 judgment of the Kerala High Court and the November 9 decision of the Madras High Court, allowing 40% and 50% in-service quota in...

The Supreme Court on Wednesday reserved its judgment on the issue of in-service reservation for doctors in PG-Super Speciality medical courses.

The bench of Justices L. Nageswara Rao, Hemant Gupta and Ajay Rastogi was hearing the challenge to the October 7 judgment of the Kerala High Court and the November 9 decision of the Madras High Court, allowing 40% and 50% in-service quota in PG-Super Speciality medical courses also. The High Courts noted that as the Supreme Court five-judge bench has now, in August this year, upheld in-service quota in the Tamil Nadu Medical Officers Association case, the authorities are bound to implement it. In the said judgment, the Constitution Bench of the Supreme Court has held that Medical Council of India has no power to make any reservation for in-service candidates in Post Graduate Medical Course in any particular state, and that the power lies with the states.

The following legal propositions have been raised for the consideration of the Supreme Court:

1. Whether the judgement in K Doraisamy and others versus state of Tamil Nadu [2001 (2) SCC 538] covers the issue of quota for in-service candidates in super speciality courses also?

2. Whether the Constitution bench decision in Tamil Nadu Medical Officers' Association approves the ratio laid down in K. Doraisamy?

3. Whether the Post Graduate Medical Education Regulations 2000 framed under section 33 of Indian Medical Council Act 1956, which is traceable under Entry 66 List 1, have the power to make any provisions for reservations, more particularly for in-service candidates as done by the concerned states, in exercise of Entry 25 List 3?

7. Whether the ratio decidendi of a judgement has to be found only after reading of the entire judgement or the conclusions of the judgement? Whether judgements can be read as a statute?

The bench reserved orders after hearing Senior Advocates Dushyant Dave and Shyam Diwan for petitioners, Senior Counsel C. S. Vaidyanathan for the state of Tamil Nadu , Senior Advocate P. Wilson for the Inservice Doctors who had filed writ petitions in Madras High Court, and after considering the submissions of the Central government and the National Medical Commission.

Observing that the States have the power to provide quota for in-service candidates in PG-Super Speciality medical courses, the High Court of Kerala has directed that the 40 % in-service quota under the Kerala Medical Officers Postgraduate and Service Quota Act, 2008 should be given effect during the counselling for PG-Super Speciality medical seats. A division bench comprising Chief Justice S Manikumar and Justice Shaji P Chaly directed the State Government to prepare the list of candidates eligible for the 40% in-service quota and directed the Director General of Health Services and the National Medical Commission to implement the same.

Similarly, the Madras High Court also noted that the Government of Tamil Nadu has issued a Government Order dated 07.11.2020, requiring, inter alia, that 50% of the Super Specialty seats (DM / M.Ch.) in Government Medical Colleges are allocated to in- service candidates of Tamil Nadu and the remaining 50% seats are allocated to the Government of India / Director General of Health Services from the academic year 2020-2021; and that 50% of the in-service Super Specialty seats would be filled up based on the marks obtained in the NEET-SS ;

"By virtue of Government Order passed in G.O.Ms.No.482 dated 7.11.2020, the relief sought for by the petitioners has been granted by the Government of Tamil Nadu and recording the same, this Writ petition is disposed of", the High Court had ordered.