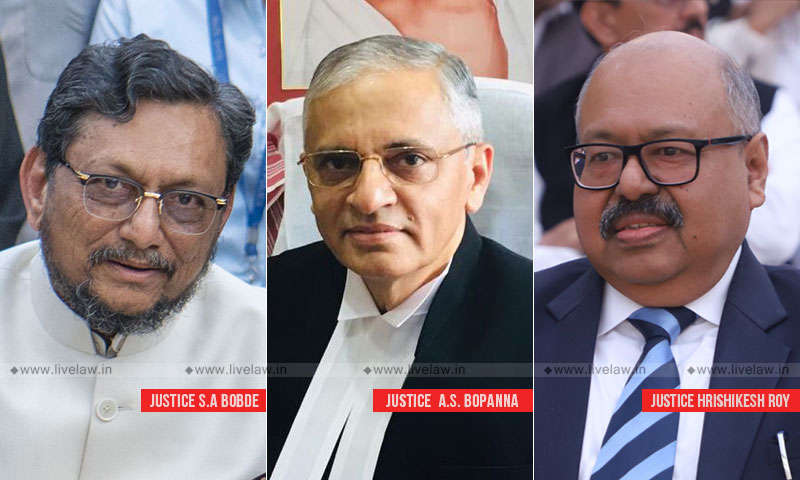 The Supreme Court on Wednesday directed the Centre to file its reply in a plea seeking action against the Government of NCT of Delhi for their alleged failure in containing the spread of Coronavirus (COVID-19) and thereby, allowing it to spread in the entire country.A bench comprising Chief Justice SA Bobde, AS Bopanna & Hrishikesh Roy also directed the other impleaded Respondents...

The Supreme Court on Wednesday directed the Centre to file its reply in a plea seeking action against the Government of NCT of Delhi for their alleged failure in containing the spread of Coronavirus (COVID-19) and thereby, allowing it to spread in the entire country.

The bench was hearing a plea, also seeking an investigation by the Central Bureau of Investigation (CBI) into "the matter related to the assembly of people at Anand Vihar Bus Terminal and Markaz in Nizamuddin as the Respondent No. 5 failed to control the people and the Nizamuddin Markaz chief Maulana Saad is still not arrested till now".

On April 13, the top court had directed the petitioner to submit a copy of the plea to the Solicitor General.

The Public Interest Litigation (PIL) highlights the advisory issued by Respondent No. 1 on 16.03.2020 on Social Distancing measures wherein religious leaders have been advised to regulate mass gatherings and to prevent overcrowding. Further, on 23.03.2020, the Prime Minister of India announced a national lockdown for a period of 21 days to prevent the spread of the virus.

The plea states that in order to tackle the spread of the virus, everyone must practice social distancing at Anand Vihar. However, despite knowing the same, the Respondents failed to stop the migrant workers and thereby violated Article 21 of the Constitution of India and provisions of Code of Criminal Procedure, 1973 and Indian Penal Code, 1860.

The plea goes on to highlight another incident which stems from the event which took place between 15.03.2020 and 17.03.2020 at a Markaz in Nizamuddin, wherein 24 people who had attended the event, tested positive.

It has been averred that more than 2000 delegates were present at the Markaz and many have tested positive due to cluster transmission of the virus. In light of the same, Respondent No. 2 has failed to arrest the Nizamuddin Markaz chief Maulana Saad, who had organized the event.

The plea submits that "the Respondent No. 2 has failed to explain till now that why huge number of people were allowed to be assembled at Anand Vihar Bus Terminal and Markaz in Nizamuddin" and that this failure evidently portrays the lack of inaction in protecting the citizen of the country from the spread of the virus.

The plea also alludes to statements made by BJP Minister Mr. Kapil Mishra wherein he states that the Delhi Government "made announcements in the colonies where UP-Bihar migrants are staying in Delhi, informing them that the Delhi govt-run DTC buses will take them to the Anand Vihar Bus Terminal".

It has further been averred that the Delhi Govt has purposely cut the electricity and water supply of migrant workers, and that this requires an inquiry from the CBI.

On the basis of the same, the following reliefs have been sought by the Petitioner:

1. Direction directing the Respondents to show what appropriate steps were taken by them to prevent the spread of the virus.

2. Direction directing the Respondents and the concerned authorities under them to take measures to stop people from gathering at one place and to enforce proper safety for the people who had gathered at the terminal and Markaz.

3. Direction laying down guidelines, devising strategy to protect the fundamental rights by the Respondents and the concerned authorities.

4. Direction directing the CBI to investigate the matter regarding failure to control the assembly of people at the terminal and Markaz.

The petition has been listed before the Supreme Court on April 13.