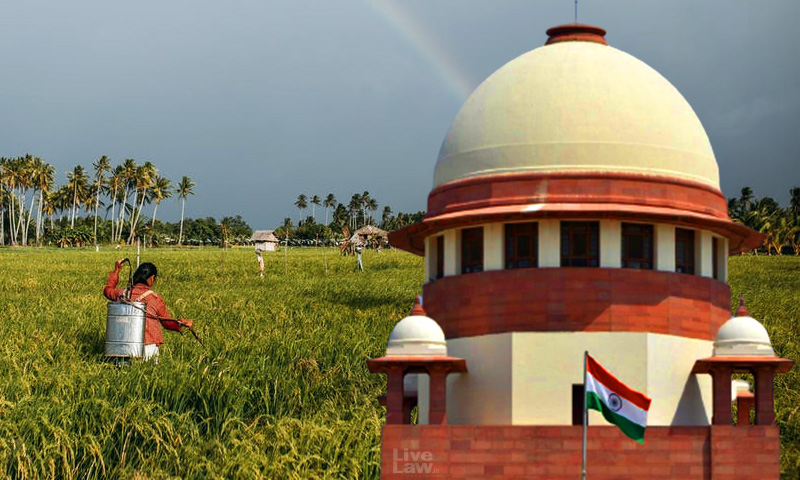 The Supreme Court on Monday issued notice to the Central Government on three writ petitions challenging the three farm laws passed by the Parliament recently, which have attracted opposition from several farmers groups across the country.The bench headed by the Chief Justice of India, S A Bobde, asked the Attorney General to file a reply to the petitions within a period of six weeks.The bench...

The Supreme Court on Monday issued notice to the Central Government on three writ petitions challenging the three farm laws passed by the Parliament recently, which have attracted opposition from several farmers groups across the country.

The bench headed by the Chief Justice of India, S A Bobde, asked the Attorney General to file a reply to the petitions within a period of six weeks.

At first, the bench, taking up the petition filed by M L Sharma, observed that there was no cause of action for the petition.

"Where is the cause of action? In the "Kusum Ingots case", the SC held that mere passing of a legislation does not furnish a cause of action", CJI Bobde told M L Sharma, who was appearing as party-in-person.

At this juncture, Advocate K Parameshwar, appearing in the petition filed by the office bearers of Chhattisgarh Kisan Congress, intervened. He submitted that the central laws have effectively repealed the state law on the mandi system.

When the CJI suggested that he should approach the concerned High Court, Parameshwar replied that different High Courts passing conflicting judgments on the issue could be problematic.

Then, the CJI turned to the Attorney General and said that at some point of time, the Centre will have to file a reply, be it in the High Court or the SC.

The Attorney General agreed that he will file a reply within six weeks. Thereupon, the bench, also including Justices A S Bopanna and V Ramasubramanian proceeded to issue notice on the three petitions.