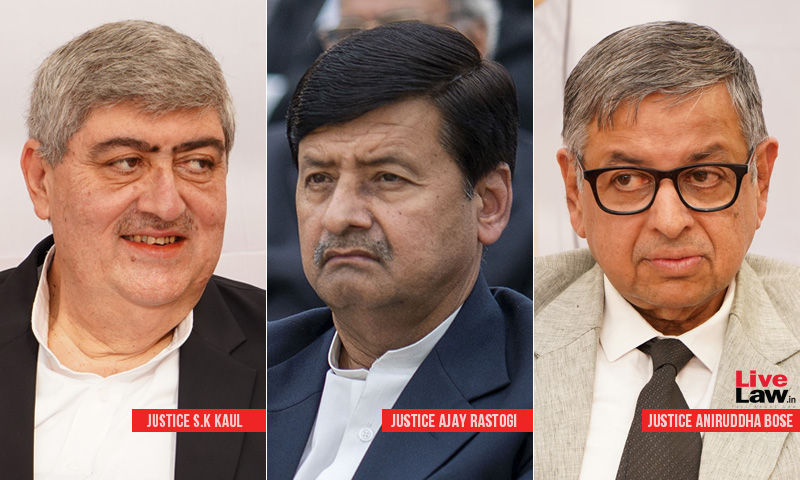 After a petition seeking anticipatory bail became infructuous on account of the arrest of the applicant during its pendency, the Supreme Court sought an explanation from the Registry for not listing it within the four-week limit set by the Court in September 2019.

The bench, headed by Justice S K Kaul, noted that notice returnable within four weeks was ordered in the petition on September 19, 2019. After that, the matter saw the "light of the day" only yesterday (August 28).

Meanwhile, the petitioner got arrested and was subsequently granted regular bail, rendering the petition in SC infructuous. Therefore, the SC disposed of the plea.

However, the bench said that it was "troubled" by the delay in listing of the case.

"We are however troubled by the fact that while issuing notice on 19th September, 2019, we had made the order returnable in four weeks. The matter was of anticipatory bail. This is the first time the matter has seen the light of the day after almost an year.

The Registry to furnish an explanation on the administrative side as to why the matter was not listed as directed after four weeks, more so, in the nature of matter being of anticipatory bail. The explanation be furnished within two weeks", ordered the bench also including Justices Ajay Rastogi and Aniruddha Bose.

In June, the SC had sought an explanation from the Registry over the three year delay in listing the review petition filed by fugitive-liquor baron Vijay Mallaya against a verdict holding him guilty of contempt of court in 2017.